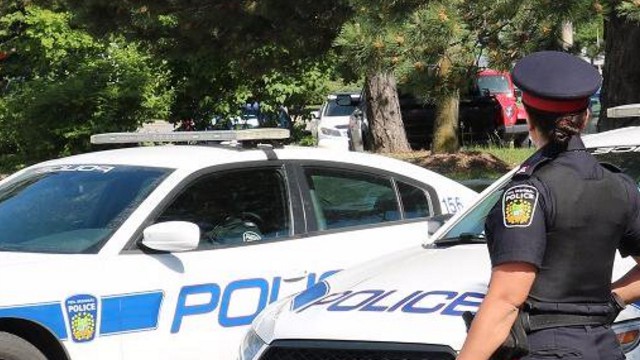 It appears that there will be an opening on the Peel Police Services Board. The board’s Vice Chair John D. Rogers, of the planning consultant firm John D. Rogers and Associates, passed away on August 23. I personally found out when Mayor Crombie posted a statement from Mark Rogers, the son of the late Mr. Rogers, on her Facebook page.

I do not know Mr. Rogers personally, nor have I really heard much about him; frankly the only thing I know is that he was a member of the board. But it’s a big deal when you reach a stage in your career where you can start a company and name it after yourself, especially if it’s an urban planning firm in a city like Mississauga.

My point is, whoever fills the vacancy isn’t going to be some random slough with a visibly noticeable bias towards any policing policy; it’s most likely going to be someone who is seen as being balanced, but probably more reform-oriented (especially regarding police practices like street checks).

As Mr. Rogers was a provincial appointee, it is up to the province to appoint his replacement. Since Kathleen Wynne’s government has been launching reviews of carding/street checks (Peel uses the term “street checks”), they may be leaning towards appointing someone who is more inclined to eventually do away with that particular practice.

It might be helpful to provide a bit of background on how the Peel Police Services Board is comprised.

The prerequisites of becoming a member of the board are somewhat complex. Peel police oversee only Brampton and Mississauga (Caledon is overseen by the Ontario Provincial Police).

The first three members are the ‘heads of a municipal council’ or their representative, which means the mayors of Brampton and Mississauga and the Chair of the Region of Peel (Frank Dale). Two others are appointed by resolutions of the municipal council, which means that decision falls to the elected councillors of the component municipalities of Peel, with another person who is not a member of council who also does not work for any member municipality. The remaining three are provincial appointees.

Mr. Rogers himself was more on the side of Chief Jennifer Evans, who supported carding and ignored a vote from the board to cease doing it.

Specifically, it seemed Mr. Rogers was incensed that it was referred to as “carding” rather than the more politically safe sounding “street check.” During the September 2015 Board meeting (I was in attendance), Mr. Rogers was insistent that the disputants who called for police policy reforms draft a report for the chief and basically almost grovel at her feet, despite a very clear and concise presentation literally just given moments before (feel free to watch the entire meeting for proper context).

The vacancy left open by Mr. Rogers’ departure does not change the dynamics on the board when it comes to carding that much. The board had already been moving in a more reformist direction since New Board Chair Amrik Singh Ahluwalia assumed his position earlier this year, and Mr. Rogers and Peel Chairman Frank Dale were the only two holdouts left that were in favour of the status quo.

But it will be interesting to see who the province appoints from Mississauga (since Mr. Rogers was also from Mississauga) and what kind of opinion he or she will have on the way the police conduct their affairs.