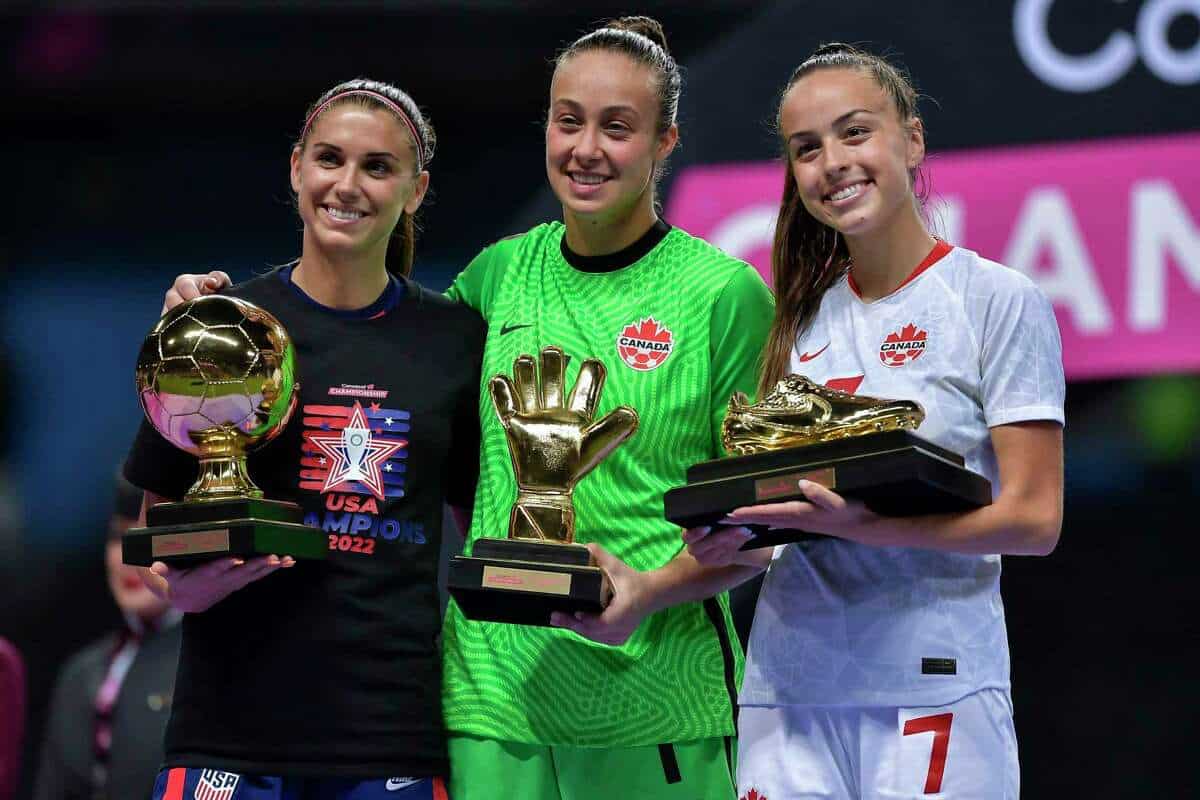 A late penalty was the difference in Monday night’s CONCACAF W Championship final from Mexico, with the USA winning 1-0 on a 78th minute goal from the spot from Alex Morgan.

Mexican referee Katia Garcia did not hesitate to award the penalty after Rose Lavelle went down in the penalty after after an inadvertent clash of ankles with Courtice’s Allysha Chapman.
Morgan beat Canadaian ‘keeper Kailen Sheridan of Whitby – who was named top goalie for the tournament – for her 118th international goal.
The victory was special for the Americans, who were beaten on a Jessie Fleming spot kick in last year’s Olympic semi-final. Canada would go on to claim the gold medal.
The victory in Mexico gave the Americans an automatic berth in the 2024 Paris Olympics, while Canada will have to qualify by beating Jamaica – who claimed third place in this tournament – in an Olympic play-in series scheduled for September 2023. Canada had already secured a berth in next year’s World Cup.

The USA had a slight edge in possession during the match but were much more dangerous in the final third of the field, with Sheridan and the Canadian defence doing well to keep the score at zero until the Morgan penalty. Sheridan made a dramatic hockey-style save on the goal line with the ball trapped between her legs right at the end of the first half.

The goal was the first conceded by Canada in the tournament.

Canadian midfielder Julia Grosso earned the tournament’s Golden Boot Award as top scorer with three goals, via a tiebreaker, while Sheridan was named top goalkeeper and Morgan was honoured as the tournament’s top player.

"The group threw everything at it, right until the very end. We'll have to take motivation from this loss as we get ready for the World Cup." #CANWNT #WeCAN pic.twitter.com/BnTpgBU8AQ