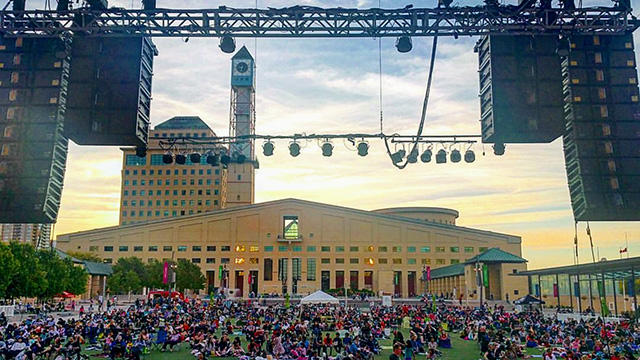 It’s almost time to cheer on Mississauga’s own Bianca Andreescu in the US Open 2019 — however, you unfortunately won’t be able to catch it at Celebration Square.

It was recently announced that the tournament’s final game between Andreescu and Serena Williams won’t be shown at the Square due to a previously scheduled film shoot.

While insauga.com has reached out to the city for further details, the city is unable to reveal what’s being filmed at this time.

Due to a previously scheduled film shoot, we are unable to screen the US Open Finals at #CelebrationSquare this Saturday, September 7. We wish @Bandreescu_ continued success as she takes on this historic match! #SheTheNorth #MississaugaProud #USOpen https://t.co/XMgXvmOmSa

The game remains scheduled for 4:00 p.m. this afternoon (Saturday, September 7).