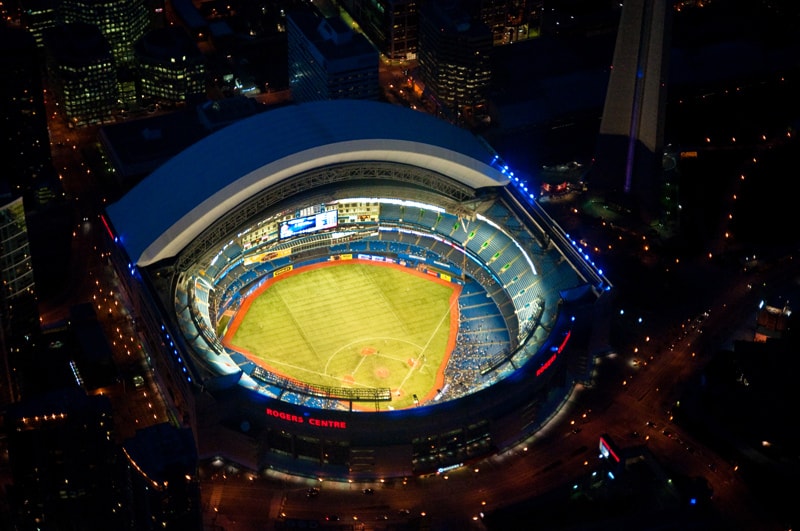 Canada’s deputy public health officer says the federal government would be having “a different conversation” with the Toronto Blue Jays about playing regular-season games at Rogers Centre if the United States and Canada were at similar stages in controlling the COVID-19 pandemic.

Dr. Howard Njoo said Tuesday that discussions are ongoing between the Canadian government and the Major League Baseball team, but he said the issue of having both the Blue Jays and American-based teams continually crossing the U.S.-Canada border complicates the idea of hosting regular-season games.

Njoo said the federal, Ontario and Toronto governments were comfortable with the measures the Blue Jays put in place to safely train as a team at Rogers Centre.

However, on the issue of crossing the border, he said Canada is in a different place than the U.S. with regards to COVID-19.

“The issue of the regular season, I think, I was speaking to the potential of travel across the U.S.-Canadian border, not just the Blue Jays leaving town and coming back after a road trip but also for teams coming in, that also is obviously a totally different ball game,” Njoo said.

“Those discussions are ongoing, but what I would say and you can certainly look at the data, is that the situation in Canada and the U.S. I would say from a pure epidemiological point of view is vastly different.”

“And certainly the situation doesn’t appear to be changing quickly in the U.S.,” he added.

The Jays have stated their preference is to play at Rogers Centre. Alternatives mentioned have been TD Ballpark in Dunedin Fla., in the middle of a coronavirus hot spot, or Sahlen Field in Buffalo, N.Y., which is not considered up to major-league standards. Dunedin is the Blue Jays’ spring-training site, while Buffalo is home to the Blue Jays’ triple-A affiliate.

Njoo said even if teams visiting Toronto adhere to the same standards and protocols, the issue remains that the Blue Jays will be heading into the U.S. for road trips and coming back over the border.

“If (visiting teams) do come to Canada and there’s a very tight quarantine bubble, they don’t leave the hotel and just go to the games, that’s one aspect,” he said.

“But I can appreciate for the Blue Jays, for the players, that’s tough because they’ve had this very tight quarantine and work bubble for spring training here in Canada. But if they were to leave Canada and go on a road trip, it’s hard to look at all the factors involved in terms of what the risk might be for themselves leaving Canada and then coming back.

“So there are lots of factors in play, and I can’t pretend to know all of the possibilities and things that need to be looked at, but that’s certainly I think a major issue in terms of travel back and forth across the U.S. border.”