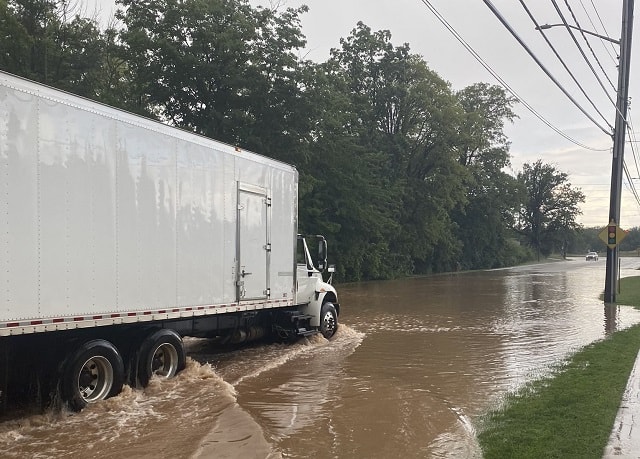 Mississauga must accelerate efforts to decrease its carbon footprint or face devastating climate change consequences down the road that include more severe and frequent storms and flooding events, City officials say.

“The impacts of climate change can be felt in Mississauga and we’ve already seen warmer temperatures, extreme storm events and increased flooding right in our own backyard. There’s an urgency for continued action to address these impacts and prevent them from growing worse,” Mayor Bonnie Crombie said in a news release.

“At City Hall, we’re taking action, including signing onto the Montreal Pledge to protect our biodiversity and strengthen resilience to future climate shifts to protect our health and economy. We will continue to work with businesses, other levels of government and our residents to help safeguard our future and achieve our vision of a low-carbon and resilient community.”

The Montreal Pledge came out of the 15th Conference of the Parties (COP15) to the United Nations Convention on Biological Diversity (CBD) held the past 12 days in Montreal.

The annual event is an international meeting bringing together governments from around the world. Participants set out new goals and develop an action plan for nature over the next decade.

Coming out of COP15 in Montreal, the City of Mississauga has joined more than 40 other municipalities around the globe in pledging a commitment to protecting biodiversity.

The City says it’s taking a comprehensive, holistic approach to protecting biodiversity and to supporting the health of natural systems as outlined in Mississauga’s Parks and Forestry Master Plan, Climate Change Action Plan and Official Plan–which aligns with the 15 tangible actions outlined in the Montreal Pledge.

Earlier this year, a climate change report from the United Nations Intergovernmental Panel on Climate Change sounded the alarm on climate change impacts, adaptation and vulnerability.

In essence, it said communities around the world including Mississauga and Brampton are looking at a dramatic increase in the number of extreme heat days in the near future.

“Mississauga is vulnerable to climate change, and time is not on our side. We have witnessed more extreme and frequent climate-related events in the last several years. If we don’t take action now, things will only worsen,” said Jodi Robillos, the City’s commissioner of community services. “We’re investing in low-carbon technology, infrastructure and assets like low- and zero-emissions vehicles and buses. We’re exploring the latest technologies and innovations and hope to move forward with district energy in key neighbourhoods and introduce shared micro-mobility systems. We’re making informed decisions and evolving our plans around transportation, buildings, construction and infrastructure to decarbonize our built environment and run as efficiently as possible.

“Every year, we review and analyze the City’s progress on climate change action. Based on the data, we’re looking to accelerate the goals outlined in the Climate Change Action Plan to be more ambitious.”

In 2019, the City of Mississauga declared a climate emergency because climate change is taking a toll on people, health, infrastructure, services and ecosystems, officials say.

Mississauga’s 10-year Climate Change Action Plan was endorsed by City council in 2019. The plan sets out to decrease the City’s carbon footprint and prepare for the effects of a changing climate. It includes 89 actions, of which more than 70 per cent have been completed or are currently underway.