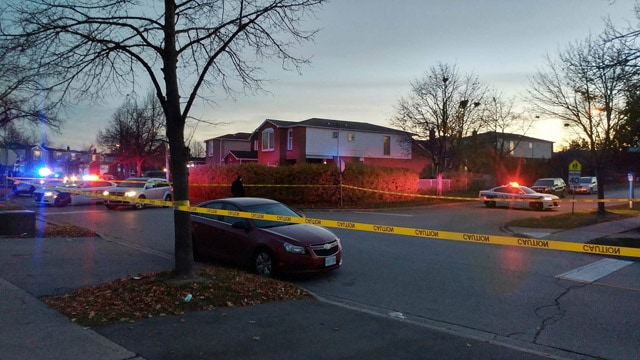 One day after an alarming shooting incident that led to a public school going into lockdown, police confirmed that


One day after an alarming shooting incident that led to a public school going into lockdown, police confirmed that they have arrested two people in relation to the shooting.

The shooting occurred at approximately 4:33 p.m. on Thursday in the area of Morton Way and Talon Gate.

Police arrested two men, whose names are currently being withheld as the investigation continues. They are facing numerous charges, including attempted murder of the victim, a 49-year-old Brampton man.

Investigators strongly believe that this was not a random attack putting the public at risk, but a targeted and isolated incident.

As the investigation is ongoing, police are asking anyone who witnessed the incident or has any relevant information to call them at (905) 453-2121, ext. 2233.  Anonymous information may also be submitted to Peel Crime Stoppers at 1-800-222-TIPS (8477), or by visiting www.peelcrimestoppers.ca. Info that helps confirm the identity of the suspects may qualify for a cash reward.

The two men were held pending a bail hearing at the Ontario Court of Justice today.