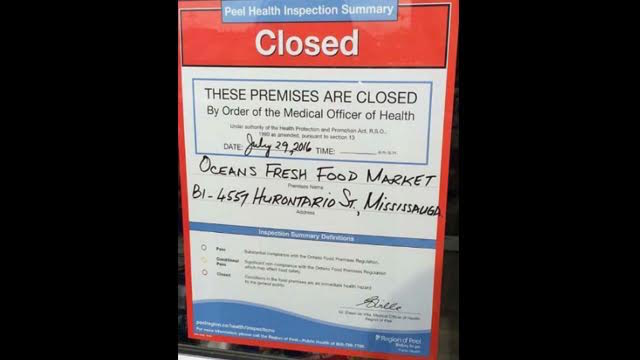 The reason for Oceans Food’s mysterious closure last Friday has finally been revealed.

According to the Peel inspector who conducted the health inspection at the Hurontario location, Oceans was shut down due to a cockroach infestation that affected several areas of the store.

It looks like the problem was dealt with rather quickly, as the store reopened for business shortly after. No charges have been laid in connection with the health inspection.

As for Peel, their delay in updating their public records is fairly understandable — they add inspection results to their site the following business day at around 6 p.m.

The inspection happening on a Friday, as well as the long weekend directly after, meant their records wouldn’t be updated until Tuesday afternoon (today). So it’s less a case of negligence and more a case of untimely circumstances that delayed the information from being disclosed to the public.