Police have released new information about three suspects wanted in connection with the vicious beating of a man with autism in Mississauga.

Peel police say that on Tuesday, March 13  at approximately 10:45 p.m., officers were called to the scene of a violent assault that occurred in the Square One bus terminal.

The victim of the assault, which was caught on video, has been identified as a 29-year-old man with autism.

The disturbing video shows three suspects punching and kicking the victim as he sits at the bottom of a flight of stairs changing his shoes.

"This investigation remains a priority for Peel Regional Police and investigators have been following up on numerous tips from the community and are now extending their request for assistance from the residents British Columbia," police said in a recent statement. 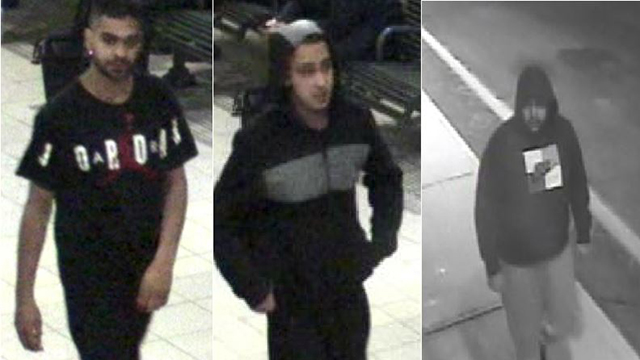 Police say investigators now have credible information that the suspects are originally from British Columbia, specifically the Lower Mainland area, and they recently travelled to the Greater Toronto Area.

Peel police are seeking the public's assistance, especially on the West Coast, to view the footage and help identify the suspects responsible for this brutal assault.

To view the video with the suspects, click here.