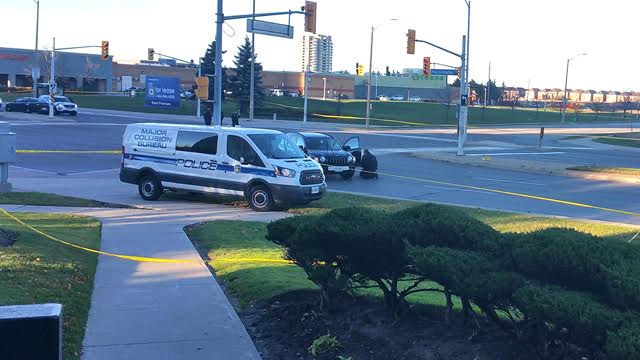 It has been confirmed that the pedestrian who was struck by a vehicle in the Hurontario and Elia Ave/Kingsbridge Garden Circle area earlier today has died.

According to CP24, a 76-year-old woman succumbed to her injuries after the collision.

Motorists cannot use affected portions of Hurontario at this time and 403 access is limited as a result.

Initially, Police announced that the victim had life-threatening injuries.