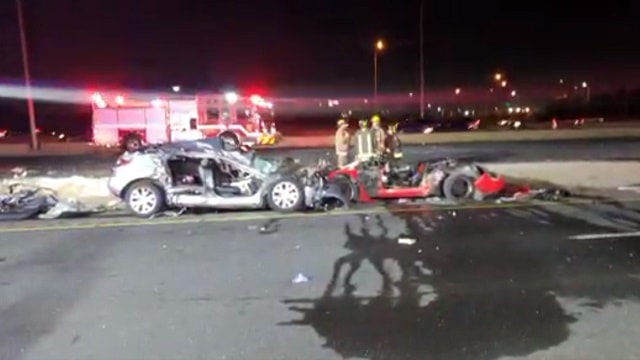 A fatality has been reported in connection to a highway collision this evening.

Shortly after 10:00 p.m., OPP Sgt. Kerry Schmidt reported that a vehicle was struck by a transport truck on Highway 401 eastbound near Dixie.

“Initial reports are that a vehicle was travelling eastbound on Highway 401 in the collectors lane, drove past a transport truck, somehow lost control and collided with that transport truck, causing it to go into the express lanes, roll over and burst into flames,” Schmidt reports.

Schmidt says the vehicle was completely consumed by fire. A third vehicle involved in the crash was also significantly damaged.

One person has been pronounced dead in this incident, with five others taken to hospital with varying injuries.

Significant clean up is expected to take the better part of the night, Schmidt says.

Residents are asked to avoid the area and take alternate routes.