UPDATE: One Dead After Car Fire in Mississauga 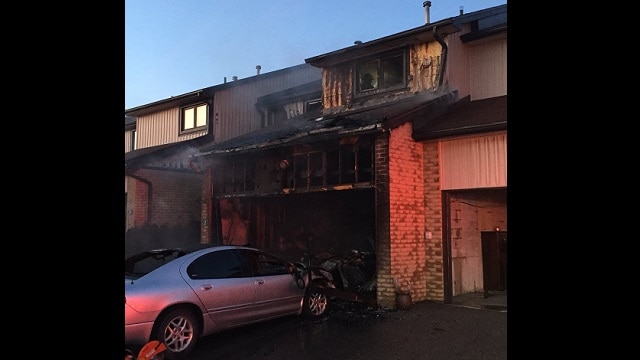 One person has been pronounced dead by paramedics after a fire today in Mississauga.

Police got a call at 7:36 p.m. regarding a car engulfed in flames inside a townhouse garage in the area of Burnhamthorpe and South Millway, with heavy damage done to both the house and vehicle.

Paramedics arrived on scene and began treating two people, one male and one female, who were found with no vital signs.

The male victim has been pronounced dead, paramedics report. The female has been transported to hospital.

The investigation into the fire is ongoing.