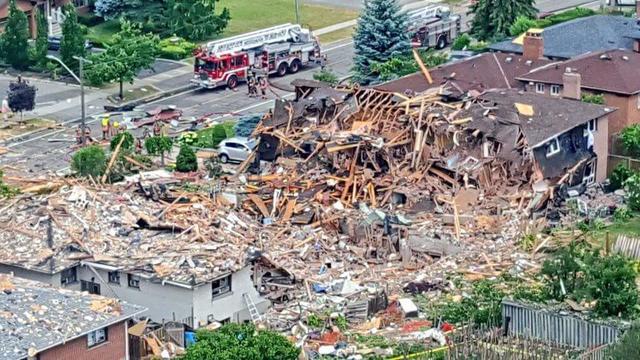 While 2016 was a hard year for many, it was a particularly difficult year for Mississauga residents whose homes were destroyed by the devastating Hickory Drive house explosion.

Six months after the June explosion, 33 homes remain unoccupied as a result of the incident that claimed the lives of homeowners Robert Nadler and Dianne Page.

“The Hickory Drive incident remains a police investigation,” said Mayor Bonnie Crombie in a press release. “The team of professionals from the city of Mississauga remain engaged with those families impacted. I want to acknowledge the committed first responders, and our local charitable groups and faith communities, who continue to work throughout this Christmas and holiday season to help those impacted families in need of care and support.”

The explosion has dominated the news cycle in and around the GTA for some time, mostly because its cause has yet to be officially determined (the Ontario Fire Marshal’s report, which has yet to be released, should shed some light on what, exactly, caused the massive blast).

Although the explosion only took the lives of the homeowners, it affected the entire community and destroyed surrounding homes. While many people have been able to return home, many more are still displaced. Back in August, Mississauga Fire Chief Tim Beckett told Newstalk 1010 that 37 homes could not be occupied for safety reasons.

Three homes in total (including the site of the explosion) had to be demolished for safety reasons.

Back in September, news broke that the site of the Hickory Drive explosion was for sale for $675,000.

Recently, a Global News article revealed that the lot that once held the ill-fated bungalow–located on 4201 Hickory Drive–recently sold for well under asking. Although the $675,000 asking price wasn’t terribly wild considering the value of the property, Global reported that the lot sold for $550,000.

At this point, questions remain as to whether or not the blast was set intentionally. Police recovered strange notes outside the blast site and Nadler’s brother, Frank Nadler, told reporters that he suspected the explosion might have been part of a suicide.

As of now, the lot is empty and the investigation is ongoing.

You can see a video of the aftermath of the explosion, courtesy of Pascal Marchand – The 4K Guy, below.