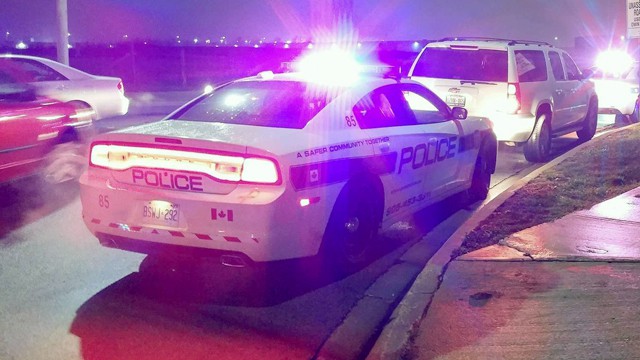 Investigators from the Major Collision Bureau are seeking the public’s assistance as they investigate a collision involving a single motor vehicle in Brampton.

Investigators from the Major Collision Bureau are seeking the public’s assistance as they investigate a collision involving a single motor vehicle in Brampton.

On Saturday, January 7, 2017 at approximately 7:45 a.m., the victim was driving a vehicle Westbound on Sandalwood Parkway in the City of Brampton before becoming involved in a serious one-car crash. According to police, the vehicle conducted a number of maneuveres before colliding with a concrete light standard. As a result of the collision, a 25 year-old male driver was extracted from the vehicle by the fire department and transported to hospital.

The man was found in critical condition at the scene and remains in serious condition in hospital, according to Peel police.

At this juncture, there is no information on whether or not speed or alcohol were involved in the accident.

Investigators are appealing for witnesses who may have witnessed the collision, have  dashboard video footage of the incident or who may have significant information regarding the actions of the driver prior to the collision.

Anyone with information regarding this incident is asked to contact investigators with the Major Collision Bureau at (905) 453-2121, ext. 3710. Information may also be left anonymously by calling Peel Crime Stoppers at 1-800-222-TIPS (8477), or by visiting www.peelcrimestoppers.ca or by sending a text message to CRIMES (274637) with the word ‘PEEL’ and then your tip.