UPDATE: 2 dead and baby injured in multiple collisions in Mississauga and Brampton 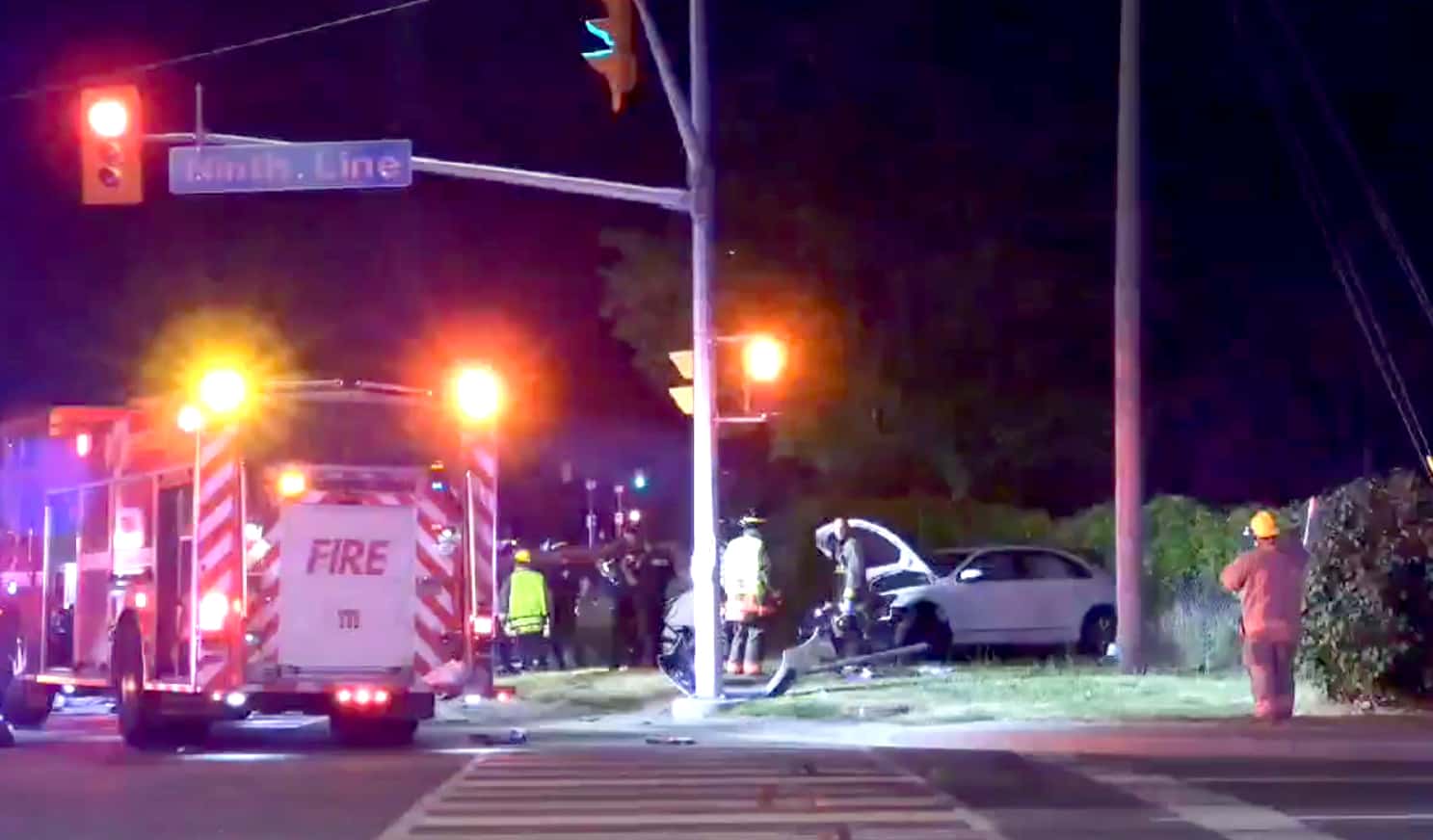 Peel Regional Police respond to a pair of collisions that happened overnight in Mississauga and Brampton that have left two people dead and a baby injured.

Police were first called to the intersection of Derry Rd. West and Ninth Line in Mississauga at 10:30 p.m. July 2 for a two-vehicle collision.

A  20-year-old male passenger suffering serious injuries was discovered on scene and later succumbed to his injuries in hospital.

The 20-year-old female driver was rushed to hospital and remains in serious condition.

The driver of the second vehicle was a man in his 40s who sustained non-life-threatening injuries.

The intersection was closed in all directions but has now re-opened.

Additionally, at 12:30 a.m., Peel Regional Police responded to a fatal collision in Brampton in the Creditview Rd. and Wanless Dr. area.

Police arrived on scene to find a two-vehicle collision with one of the occupants ejected from a vehicle.

The 29-year-old ejected male passenger was pronounced deceased on scene.

A family was in the second vehicle, including their nine-month-old baby.

Police say the father accompanied the baby in one ambulance while the mother was transported to a trauma centre in critical condition.

The family is reportedly fine and recovering in hospital.

Police say the male driver of the first vehicle has been taken into custody for impaired related charges.

The Major Collision Bureau was on scene investigating considering the severity of injuries.

Anyone who witnessed these collisions, or obtained dashcam footage, are encouraged to contact Peel Regional Police at 905-453-3311.