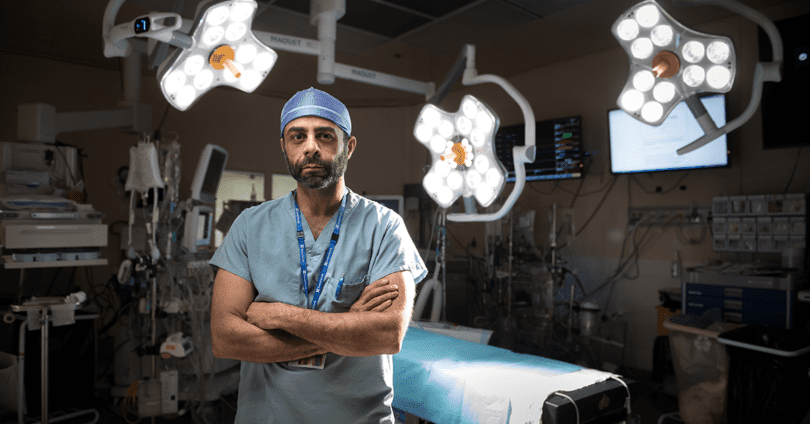 A prominent doctor has said that the Ontario government wouldn’t be forced to continually invoke restrictions on  schools, restaurants and public places except for one thing – people in Ontario refusing to get vaccinated.

“(There’s) not enough emphasis in the media that our healthcare capacity strain (ie the driver for more restrictions) is directly due to admissions of unvaccinated people,” tweeted Ashamalla. “Vaccines work and are keeping people out of the hospitals.”

He attached the following graph to show how the unvaccinated population is clogging medical facilities, which is again how the province monitors the severity of COVID-19 situations and decided whether further restrictions are warranted. 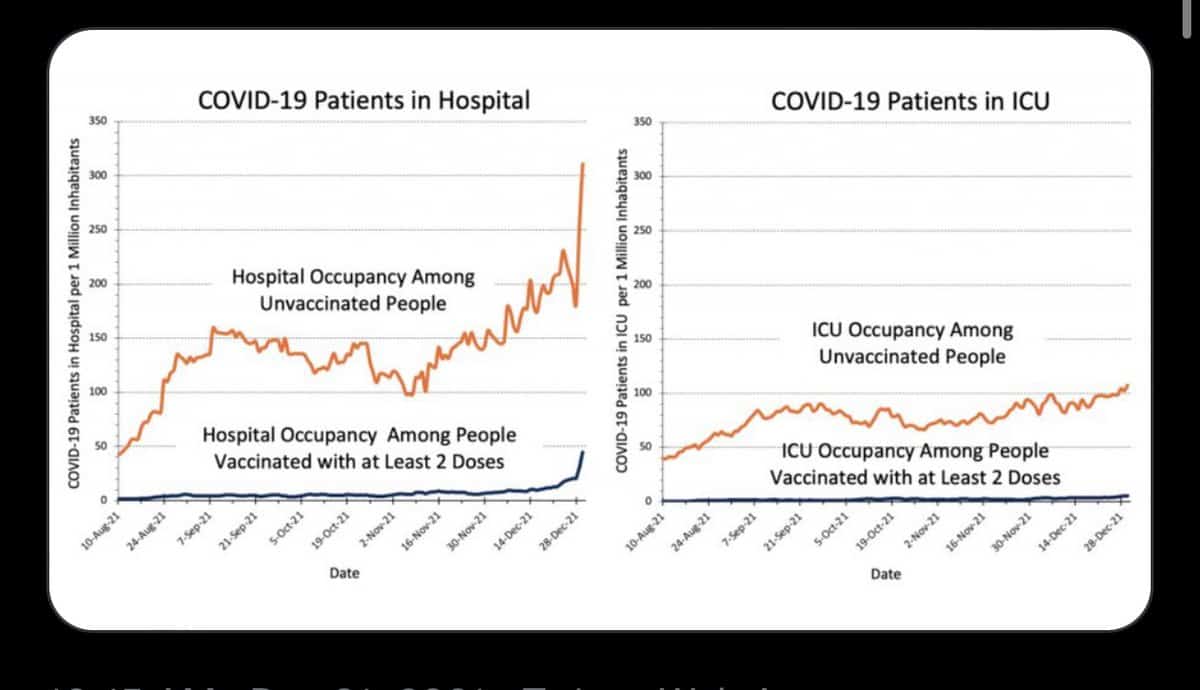 However, rather than simply point a deserved finger at the unvaccinated, Ashamalla said the provincial government’s reaction to the driving surge of the Omicron variant has been lacking, noting that Premier Doug Ford has simply been reactive rather then proactive, especially since medical officials have been warning the government about the contagious nature of the variant for weeks now.

“What a shocking coincidence that this was completely unmanageable until the day after the holidays. Any talk of not seeing this coming is just untrue. Once again, early action (from the government) could have saved us from this type of action. But nope,” tweeted Ashamalla today (January 3).

As for today’s press conference where Ford will likely announce that schools will delay in-person attendance until January 17, Ashamalla wondered why the Ministry of Education didn’t start acting when they closed for Christmas Break on December 24. 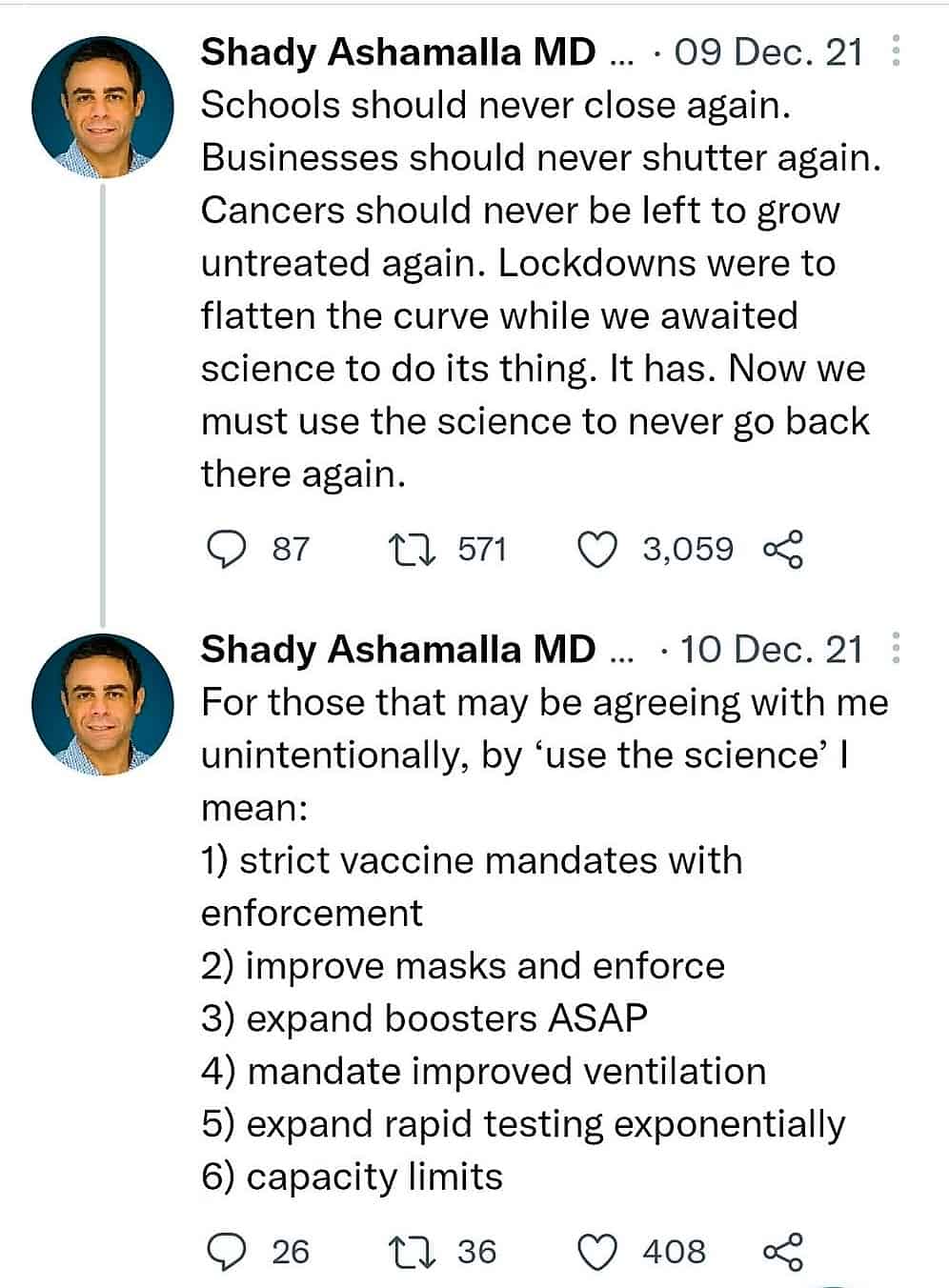 Ashamalla said after the first provincial lockdown in March 2020, it simply shouldn’t have happened again. He emphatically noted that if people would simply pay attention to science, the pandemic can be in our rearview mirror.

“Schools should never close again. Businesses should never shutter again. Cancers should never be left to grow untreated again. Lockdowns were to flatten the curve while we awaited science to do its thing. It has. Now we must use the science to never go back there again,” he tweeted.

And maybe it time to enforce vaccinations, he added, simply that’s what’s holding the province back. “For those that may be agreeing with me unintentionally, by ‘use the science’ I mean: 1) strict vaccine mandates with enforcement; 2) improve masks and enforce; 3) expand boosters ASAP; 4) mandate improved ventilation; 5) expand rapid testing exponentially; and 6) capacity limits.” 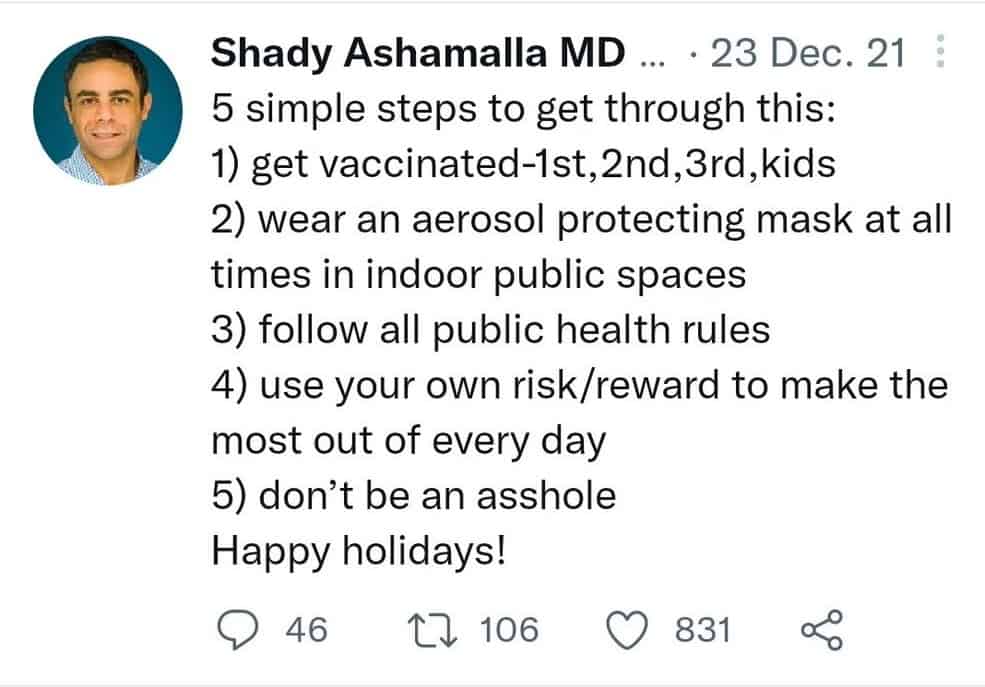