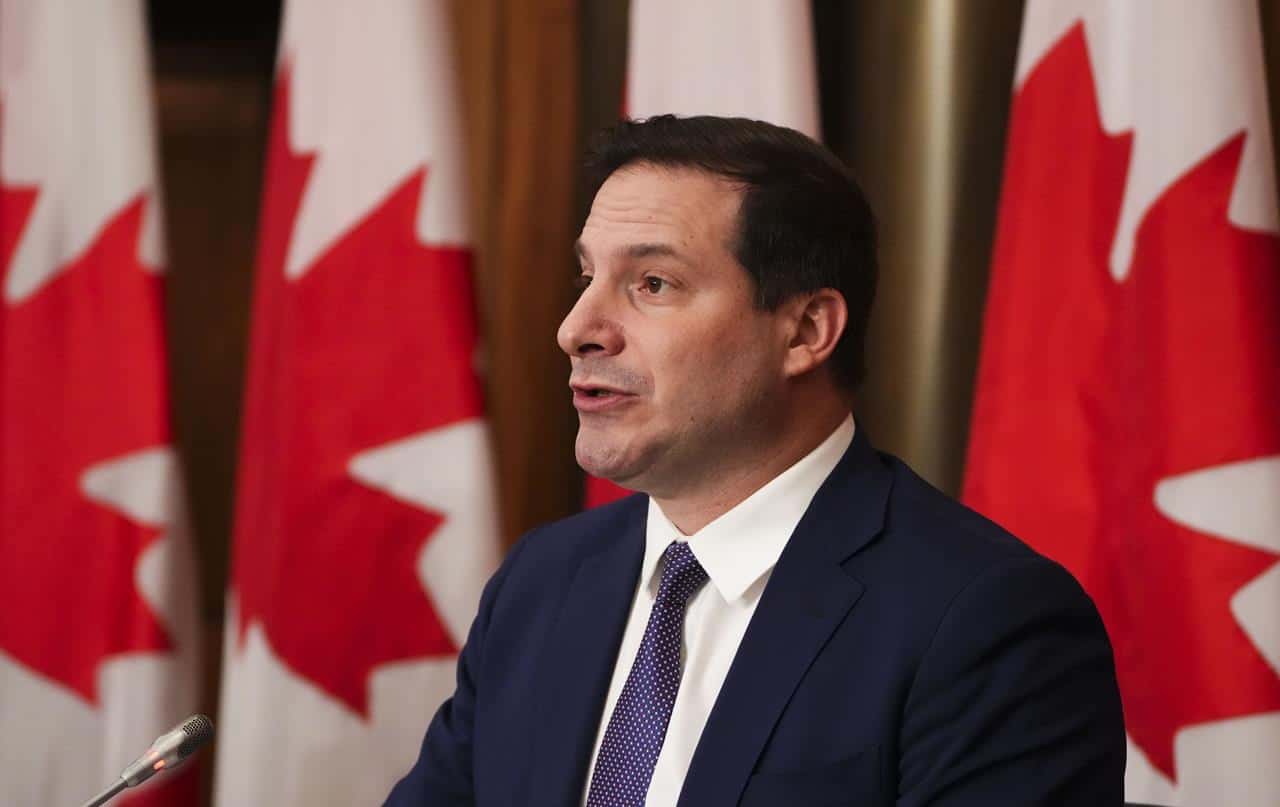 Canada is closing its border to unvaccinated professional and amateur athletes in the New Year, Public Safety Minister Marco Mendicino said on Friday.

Unvaccinated players in the NBA, NHL, MLB and MLS are currently permitted to cross the border under a national interest COVID-19 exemption.

The mandatory vaccine rules, which come into effect Jan. 15, would affect few if any unvaccinated NBA and NHL players, as the percentage of unvaccinated players in those leagues is negligible.

The NBA reported before the season tipped off that 95 per cent of its players had been vaccinated, and recently encouraged its players to receive COVID-19 booster vaccines as soon as possible. The most notable holdout is Brooklyn Nets guard Kyrie Irving, who wasn’t with the Nets when they played in Toronto on Nov. 7. Brooklyn management has told Irving he’s not permitted to practise or play with the club until he’s vaccinated.

Canadian and Golden State Warriors forward Andrew Wiggins, who played in Olympic qualifying last summer in Victoria, initially said he wouldn’t get the vaccine, but ultimately was inoculated, saying his “only options were to get vaccinated or not play in the NBA.”

NHL commissioner Gary Bettman said at the start of the season that the league had just four unvaccinated players.

“The upcoming changes to Canada’s border testing and entry requirements reflect the next stage in our government’s approach as we align with the improving vaccination rates both here in Canada and around the world,” Health Minister Jean-Yves Duclos said.

“The situation at our borders remains closely monitored, with officials and experts continuing their work to evaluate the measures in place and recommend necessary adjustments as required.”

Major League Baseball reported last summer that 23 of its 30 teams had reached the 85 per cent vaccine threshold.

When unvaccinated Canadian Football League players entered the country before the season, they were required to quarantine with regular testing before being cleared to practise. On Oct. 21, the league announced eight of its nine teams had met the 85 per cent fully vaccinated threshold. The league anticipated that 93 per cent of current players would be fully vaccinated by Oct. 31.

Canada’s Olympic and Paralympic athletes are already required to be vaccinated to compete at the 2022 Beijing Olympics.

After Jan. 15, unvaccinated or partially vaccinated foreign nationals will only be allowed to enter Canada if they meet the criteria for limited exceptions, which apply to certain groups such as agricultural and food processing workers, marine crew members, those entering on compassionate grounds, new permanent residents, resettling refugees and some children under the age of 18.