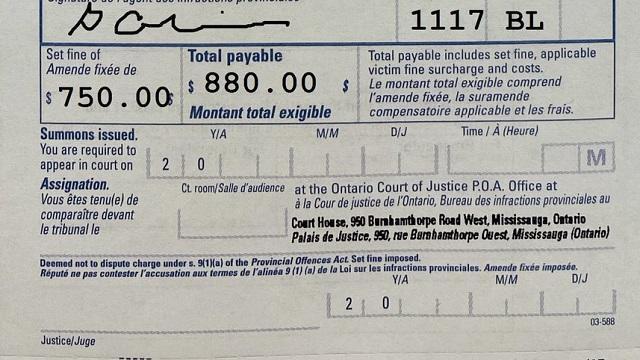 The City of Mississauga issued a total of 15 tickets to businesses and individuals who allegedly violated COVID-19-related rules in Mississauga.

Although the city is no longer under a stay-at-home order, Mississauga–and Ontario overall–will not enter step one of the Province’s reopening plan until June 11. As of now, private indoor gatherings are prohibited (although single parents and people who live alone are permitted to join one other household) and outdoor gatherings are severely restricted.

On June 4, an “unlicensed fruit vendor” was ticketed for allegedly failing to ensure that proper masking and distancing protocols were followed. That same day, 11 tickets were issued to people who allegedly attended a “car meet.” 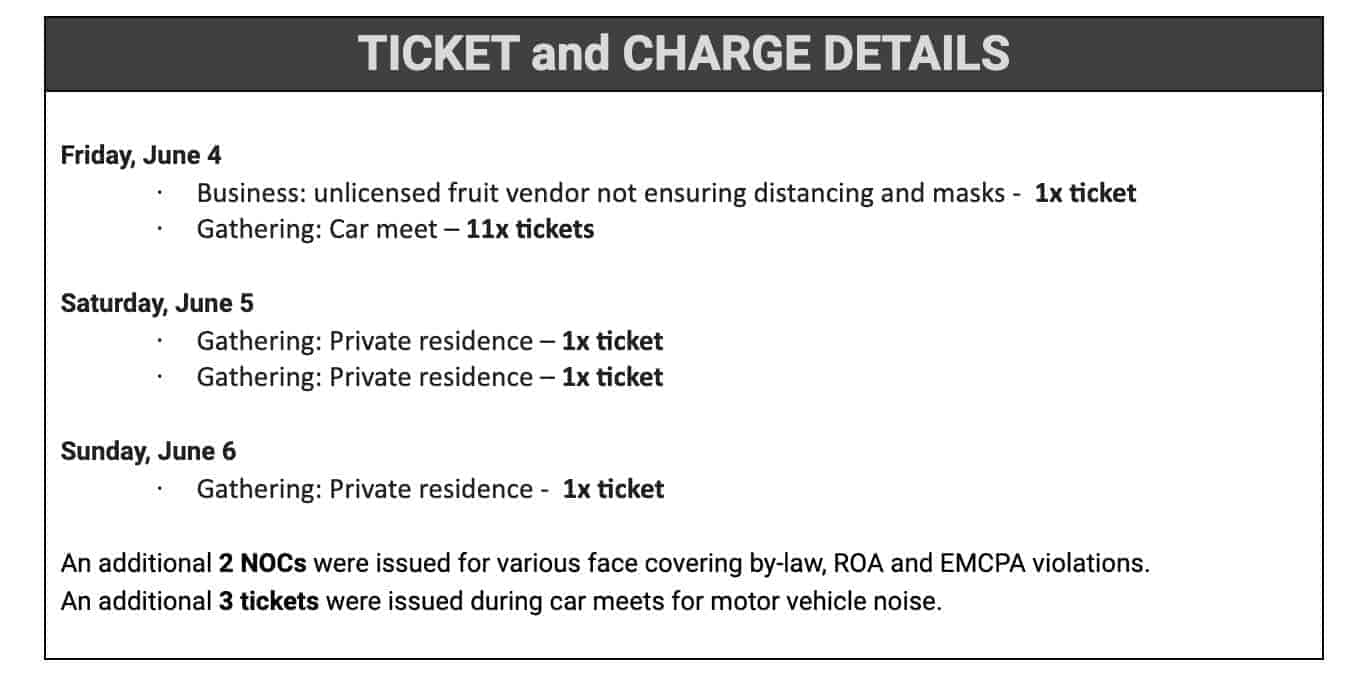 The enforcement report says that three tickets were issued over the weekend–two on June 5 and one on June 6–in response to gatherings at private homes.