Unique Restaurant that Took Over an Iconic Location Closes Down 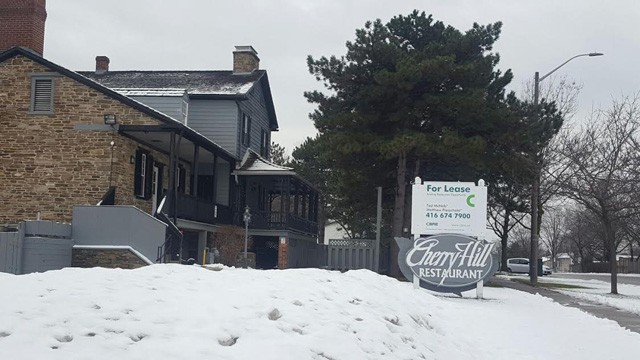 It appears another restaurant–this one a very new establishment that recently set up shop in one of the city’s most iconic properties–has left us.

We reached out to the restaurant operator for comment and she confirmed that, sadly, Penny’s Favorites has closed.

Penny’s Favorites, the restaurant that took over one of Canada’s most haunted landmarks located in Mississauga, just opened in August 2016.

At Penny’s Favorites, there was to be no waiting or filling up on complimentary bread or apps–a dining peeve Mccabe wanted to eliminate at her restaurant.

The historic 5,000 square foot home is over 200 years old and according to S.O.P.S (Southern Ontario Paranormal Society), is one of Canada’s top haunted landmarks.

At Penny’s, the restaurant’s main dining room was by reservation only, but she had a bar/lounge area in the lower portion of the home where you could order a beverage and appetizers and lounge around or read one of Penny’s books (she’s an avid reader).

The main dining room’s reservation-only concept was based on an online system to reserve one of three seatings (5 pm, 7 pm and 9 pm). Guests were then required to place a small deposit on their orders (or pay the entire amount) to ensure the food would be ready upon arrival.

Initially, there were problems with Penny’s online ordering system and orders had to be taken by phone.

We’ll keep you posted on what–if anything–makes it into Cherry Hill House next.