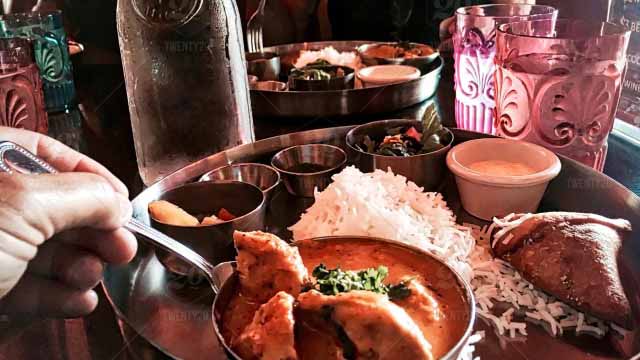 We’re less than two months into the new year and already enjoying a plethora of brand new restaurants.

And now, we can enjoy one that offers both unique cuisine and board game night (a rarity in the city).

Recently, we learned that a self-described truck stop eatery is coming to Mississauga.

Laari Adda, an Indian and Pakistani street food restaurant, has just taken shape in the Thomas St. and Winston Churchill area and is serving officially customers.

On Feb. 9, the restaurant enjoyed a soft launch–one that was reservation only–that lasted until Feb. 18.

The restaurant, which will reportedly be open late, offers dine-in, takeout and catering service. It also offers a bright and colourful interior that draws upon the vibrant decor frequently encountered in India and Pakistan.

As far as food goes, restaurant operators say that “Laari Addas in Pakistan are famous for delicious street food and that is exactly what we are bringing back with a modern twist.”

What’s even more exciting is that the resto will offer board game nights—something that a lot of patrons would no doubt like to see in Mississauga.