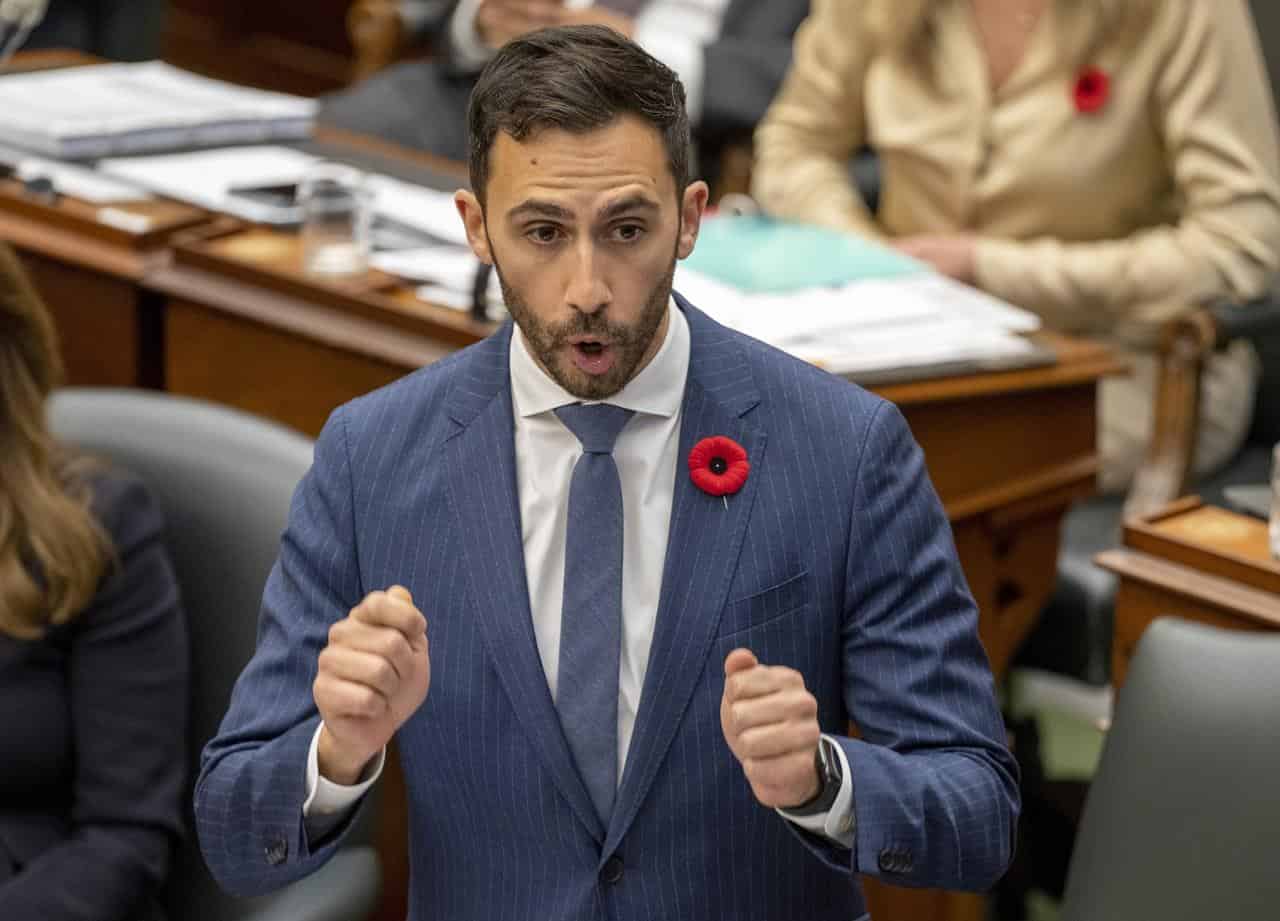 Union members across Ontario are expected to join picket lines in solidarity with education workers planning a strike Friday, with one union saying its workers will also be walking off the job for the day in an expression of support.

Education workers with The Canadian Union of Public Employees are set to begin an indefinite strike that will shut many schools around the province after the government passed legislation Thursday imposing a contract on them. The bill also bans a strike and threatens fines for those who don’t comply.

The government’s legislation has drawn the ire of several unions, including the Ontario Public Service Employees Union, which said its 8,000 education workers, will stage a walkout Friday in solidarity with CUPE.

“I think that the Ford government picked a fight with a group of workers, primarily women, primarily the lowest paid people in the education sector and thought that he and Lecce would be able to just force them down,” she said, referring to Premier Doug Ford and Education Minister Stephen Lecce.

“And what he did was light a spark. And he can’t control where that goes.”

Most of the boards where those members work already planned to close schools on Friday, saying they couldn’t operate safely without CUPE members that include custodians, librarians and educational assistants. But at least two boards, in Sudbury and Simcoe County, announced Thursday they would also close schools as a result of OPSEU’s planned walkout.

OPSEU’s solidarity walkout could escalate tensions in its own negotiations with the government, scheduled to begin later this month.

“(Members) know that the way this legislation is written that it sets a new norm, and it sets the tone for what they can expect in their bargaining,” Hornick said.

Meanwhile, the Elementary Teachers’ Federation and the Ontario Secondary School Teachers’ Federation, who are both in negotiations with the government, said they had no similar solidarity walkout plans but were encouraging members to join CUPE picket lines before and after work.

ETFO’s president said the union was lobbying legislators and contacting parents and community groups to rally support for CUPE.

“This is such a flagrant attack on democracy and our democratic rights at this particular time,” said Karen Brown.

“We are working… to examine what are some options, what is available, and how we can continue to support and put pressure on this government.”

Other unions have also spoken out in support of CUPE, notably the Labourers’ International Union of North America, which endorsed Ford’s Progressive Conservatives in the June election.

In response to the planned strike, daycamps have cropped up across Ontario, including some run by operators expressing support for the education workers.

Kristen Dennis, owner of the Leslieville school of dance and music, said she was prepared to hold daycamps for the extent of the strike after Friday’s registration filled up in less than 24 hours.

She said she “absolutely” stands with education workers and working parents.

“I kind of felt like a little bit conflicted. I should be out there picketing with the education workers, but instead, we’re running this programming,” she said.

“We would much rather cancel the program and see some sort of an agreement be reached between the two sides.”

Elizabeth Snell, owner of dance and circus arts studio Artists’ Play in Toronto, said she cut fees for a daycamp running on Friday and opened more spots than usual for the program that typically runs on school PA days.

“I’m just trying to make it so that it’s more affordable and accessible for people that need it. But still fun and engaging for the children,” she said, adding she was prepared to hold daycamps for the extent of a strike.

“I support the education workers. I just hope that there can be a clear discussion and that they can come to some sort of agreements,” said Snell, who has three school-aged children and whose husband is a teacher.

“It’s putting everybody in a bad situation, but I don’t think we can be upset at the people wanting to stand their ground.”

Education Minister Stephen Lecce said the government had no choice but to proceed with its legislation, which includes the notwithstanding clause that allows the legislature to override parts of the Canadian Charter of Rights and Freedoms for a five-year term.

“For the sake of Ontario’s two million students, to keep classrooms open, CUPE has left us with no choice but to pass the Keeping Kids in Class Act,” he said.

CUPE has said that framing is not accurate because the raises actually depend on hourly wages and pay scales, so the majority of workers who earn less than $43,000 in a year wouldn’t get 2.5 per cent.

CUPE has said its workers, which make on average $39,000 a year, are generally the lowest paid in schools and have been seeking annual salary increases of 11.7 per cent.