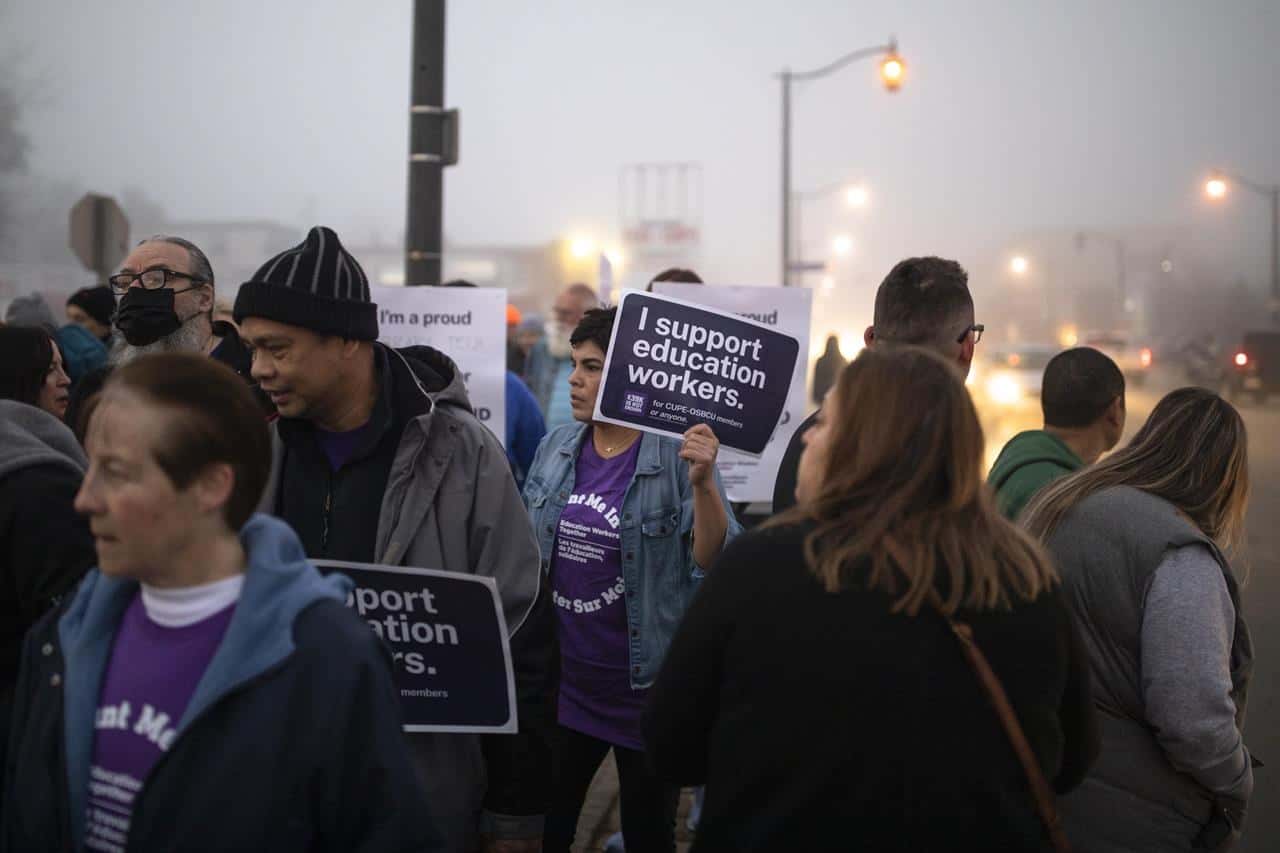 TORONTO — A hearing to determine the legality of a walkout by 55,000 Ontario education workers continues Sunday morning, after the provincial labour relations board heard heated arguments from both sides for more than 16 hours on Saturday.

A lawyer for the Canadian Union of Public Employees told the board that if it complies with a government request to declare the strike illegal, it would send a message that labour laws and collective bargaining rights no longer exist.

The Progressive Conservative government included the notwithstanding clause in its education-worker legislation that banned strikes and imposed a four-year contract on union members, saying it intends to use the clause to guard against constitutional challenges.

Thousands of workers, including education assistants, custodians and librarians, walked off the job on Friday in protest, and CUPE has indicated the strike could go on indefinitely.

Government lawyer Ferina Murji countered the labour board risks undermining the province’s own labour laws if it fails to declare the walkout illegal.

Board Chair Brian O’Byrne has said he hopes Sunday will be the final day of the hearing.

This report by The Canadian Press was first published Nov. 6, 2022.