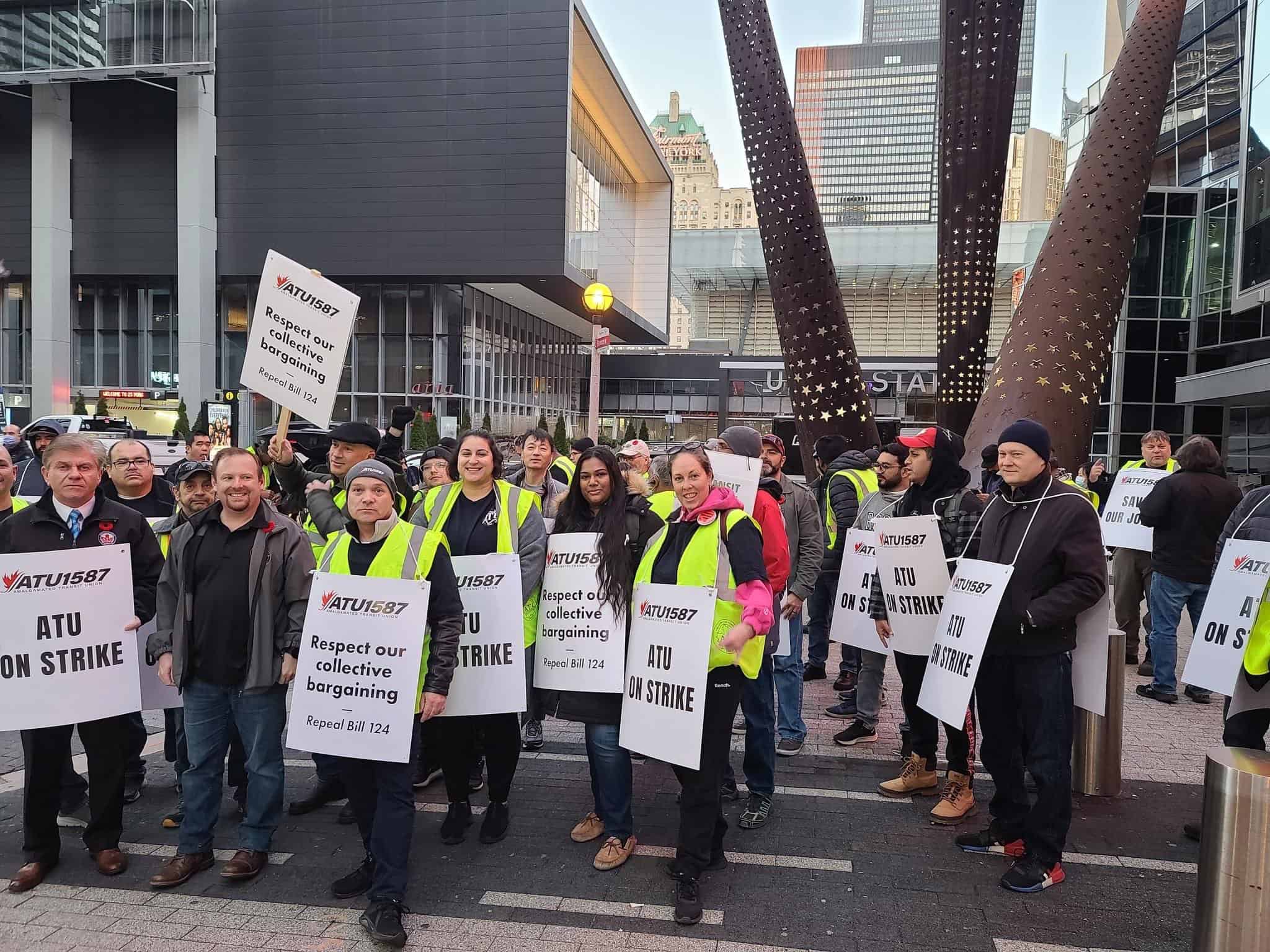 Metrolinx and its striking bus drivers will return to the bargaining table Friday morning though the language coming from the labour side – the international president of the Amalgamated Transit Union called Metrolinx a “union-busting crown corporation” – doesn’t bode well for a quick settlement.

The ATU – the largest labour union representing transit and allied workers in the U.S. and Canada – walked away from negotiations Sunday afternoon and off the job Monday. The union represents 2,200 bus operators, station ambassadors, maintenance personnel, transit safety and some office staff.

According to ATU, Metrolinx continues to refuse to address safety concerns by ensuring that experienced and highly trained workers remain on the job and continues to refuse to budge on language that would protect GO Transit jobs from being contracted out. The union has emphasized that safety and job security are its top priorities since bargaining began in April.

“Negotiations have failed because Metrolinx failed to come to the table with a reasonable offer to address any of our key issues,” said Local 1587 President Rob Cormier. “Protections against contracting out are imperative to ensure that experienced workers are on the job running GO Transit safely and efficiently. Without these protections, Metrolinx can contract to outside companies which will hire inexperienced workers in precarious, non-union positions.”

Metrolinx workers, who have been without a contract since June, overwhelmingly rejected the latest contract offer on Wednesday, with 81 per cent voting to go on strike.

“We have been bargaining in good faith for more than seven months with the aim of avoiding a transit stoppage, but I cannot say the same of Metrolinx’s negotiators,” said Cormier. “Even in these final hours, the company did not offer a single serious proposal on our priority issues. We strike only as a last resort, but the company’s stonewalling tactics have left us no choice.”

“This union-busting crown corporation has been given its privatization mandate by the same government that is revoking Charter Rights for CUPE workers,” said ATU International President John Costa. “Our Union and our members at Local 1587 are fed up with the disrespect Metrolinx has shown them. We had hoped it wouldn’t come down to this for our riders, but our Union has been down this road with strikes. We will stand with our brothers and sisters on the picket lines until we win.”

Metrolinx, which would only say they were “disappointed” when the workers walked off the job, is “pleased” the union has agreed to re-open talks.