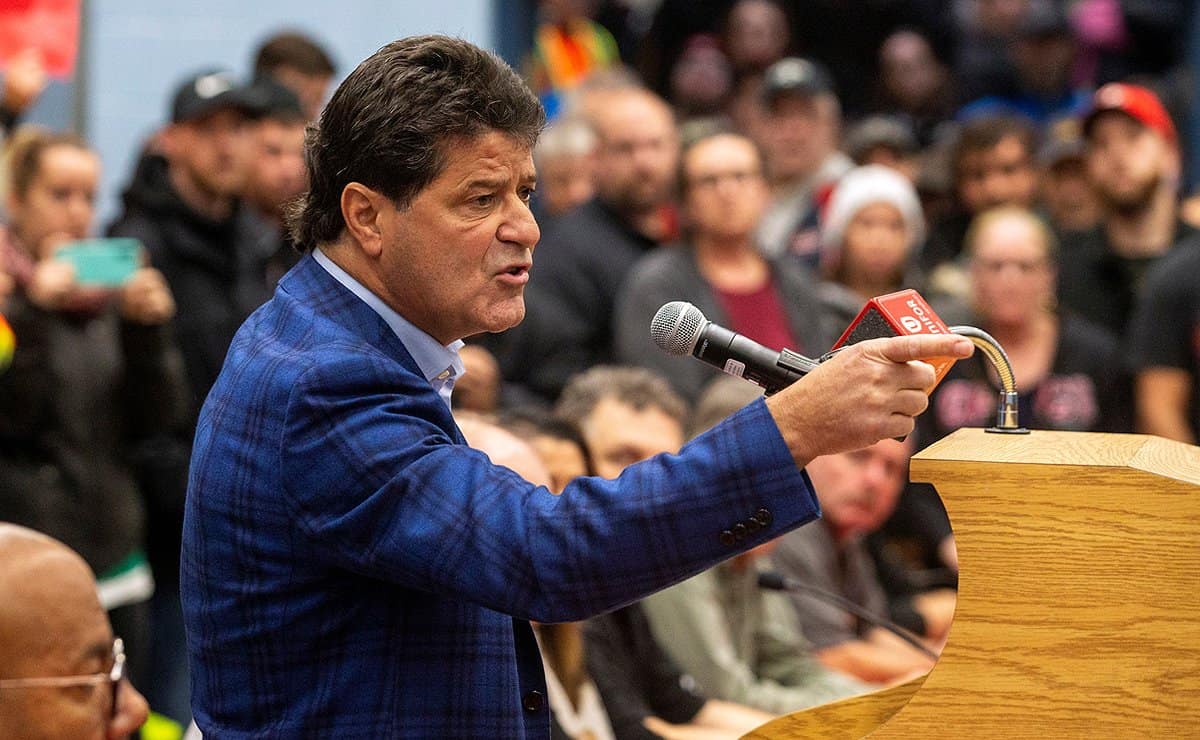 It seems Unifor President Jerry Dias’ effort in bringing the General Motors plant back up and running were not enough to please local union members, who orchestrated a last-minute e-mail campaign to defeat a proposal to add Dias’ name to the future street name list in Oshawa.

The proposal to name a street for Jerry Dias was approved 6-0 at committee, but the e-mail campaign had its effect as the final vote at council saw the motion defeated by a definitive 9-2 count.

Mayor Dan Carter and Regional Councillor Bob Chapman were the only members of council to vote in favour of the motion.

In a statement by members of Local 222, the result was a “small but important victory for workers. “This is the spirit we need to build on to start reversing two-tier agreements and winning gains for all workers and retirees,” the statement read, with the signees wondering why other “deserving” union activists like Bev McCloskey, Cliff Pilkey, Mabel Mayne and Jim Freeman weren’t put forward instead.

Carter said he was “disappointed” by the vote, especially after the motion passed unanimously at committee.

A proposal to add the late Nancy Diamond – a long-time Mayor and councillor – to the list of future street names was approved without comment.