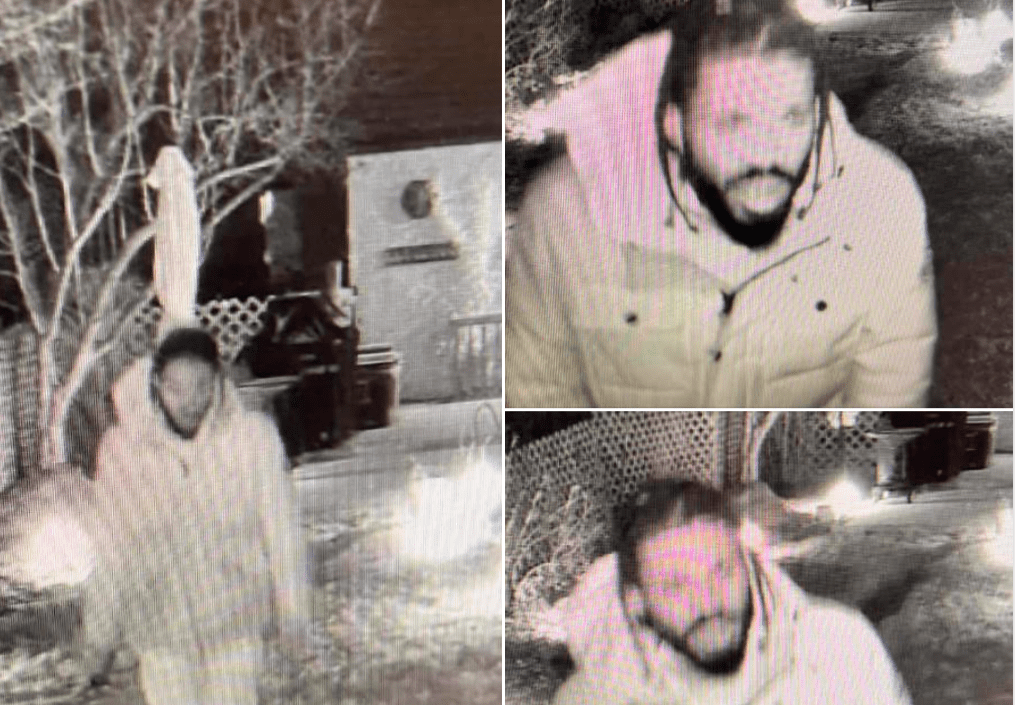 This unidentified man is wanted following a police chase from Courtice to Port Hope.

An unidentified suspect is wanted after leading police on a chase from Courtice to Port Hope that ended with the suspect vehicle crashing into a house.

Shortly before 4 a.m. on Jan. 10, a Durham Regional Police officer on patrol reportedly spotted a stolen Dodge Ram pickup truck on Hwy 401. It was driving eastward on the highway by Courtice Rd.

Police say that officers tried to stop the driver, but that the truck did not pull over and led the officer on a chase.

Police say they pursued the vehicle to a Port Hope subdivision, where they lost sight of the truck. Police say they eventually found the truck, which had crashed into a house on Victoria St. and Strachan St. in the south end of town.

According to police, the driver fled into a nearby greenspace a stone’s throw from Lake Ontario. Police brought in K9 units to search the area but did not locate the suspect.

Investigators later learned another car picked up the suspect nearby. Police describe the suspect as a Black man in his 20s, standing about 6-foot-2.