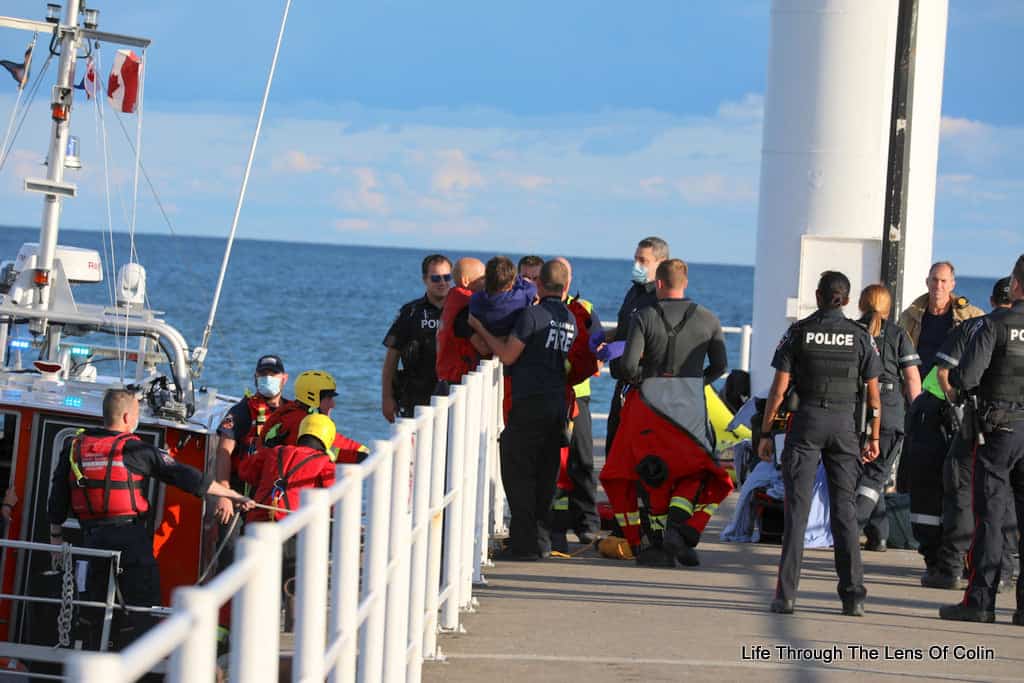 Two children learned a powerful lesson about wind and water on Labour Day when their large inflatable unicorn got swept away from Lakeview Beach in Oshawa.

The kids also learned that heroism can come in many forms, from paramedics and police officers to lifeguards and paddleboarders.

All those and many more were involved in the rescue after the strong winds carried the unicorn and the children – aged 10 and eight – far out into the lake.

Oshawa resident Tim Dear was at the beach yesterday and he gave credit to the lifeguards on duty, as well as “a young lady on a paddleboard and a young man on a kayak” for their quick response in sizing up the situation.

“By the time the fire, police, and EMTs arrived the two lifeguards had the children and were on their way back from a good mile plus out. Bravo!”

PARA Marine Search & Rescue were quickly on the scene and were able to take over the rescue from there and transport the children to the dock and the waiting hands of Durham Region EMTs.  The Durham Police Marine Unit, Oshawa Fire, and the crew of the Burlington Bay tugboat as well as several private boats (including the Ocean A Gauthier) – also assisted in the rescue.

Photographer Colin Williamson was at the scene, and he praised everyone involved in the rescue.

“Great job by everyone for bringing this to a happy ending. The kids are safe,” he said. “The lifeguards and first responders will always remember the sounds of you all clapping and giving thanks.