Unhoused in Hamilton can stay encampments till Oct. 15 as advocates seek 2nd injunction 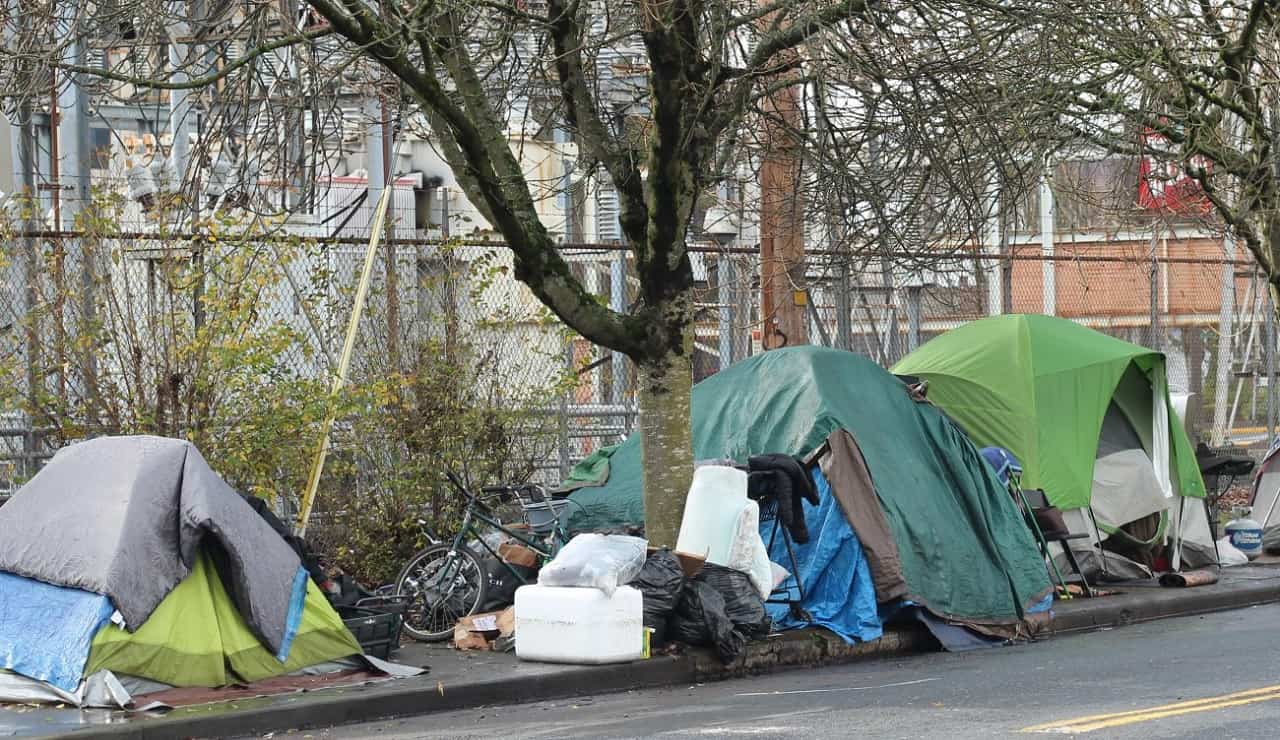 Unhoused people living in tents became commonplace in Hamilton during 2020. City council voted Aug. 9 of this year to return its pre-pandemic enforcement of a camping bylaw. (InTheHammer file photo)

Advocates for the unhoused in Hamilton shared news of a legal win that they say, at minimum, will keep the city from removing unhoused people’s encampments for a week.

The Hamilton Community Legal Clinic (HCLC) said Friday that they have sought a new court injunction against the City of Hamilton that seeks to proect homeless encampments. The HCLC said their motion was adjourned to Oct. 15, with the court directing the city to “stop evicting encampment residents from encampments” that comply with a set of requirements.

The HCLC said it will be back in court on Oct. 15 to press for a permanent injunction, which would be similar to the one it helped win the summer of 2020.

Yesterday, we went to Court for an injunction to prevent the City from dismantling homeless encampments. While the motion was adjourned to October 15, the Court directed that the City stop evicting encampment residents from encampments that are located as follows:

We will be back on October 15 to argue for a permanent injunction.

Encampments and a lack of affordable, rent-geared-to-income housing have been a flashpoint among residents, members of city council, social activists and unhoused people throughout the COVID-19 pandemic.