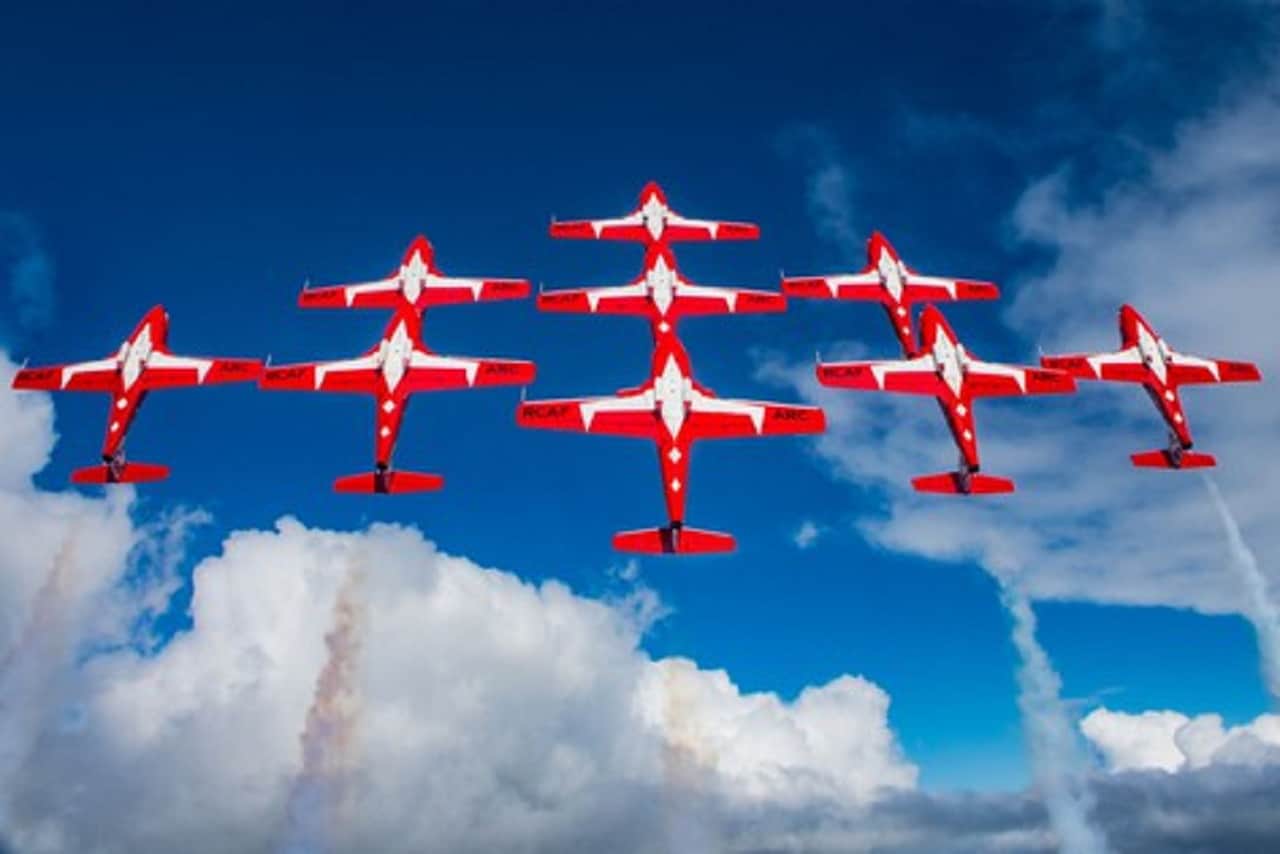 The Canadian Forces Snowbirds will be flying over Mississauga the next few days.

Officials at Mississauga’s Pearson International Airport are alerting people in the city and across the GTA to the presence of “unfamiliar aircraft” in the skies today through the end of the Labour Day weekend.

But there’s no cause for concern, the airport tells us. Quite the opposite, in fact.

The many different aircraft are all part of the 2021 Canadian International Air Show, the country’s largest and longest-running air show that’s enjoyed by millions of people each year on the shores of Lake Ontario. It runs this Saturday and Sunday, from noon to 3 p.m., with the main show taking place overhead the CNE grounds in Toronto.

In advance of the weekend show, aircraft will be making practice runs the next couple of days.

And okay, the show’s headline act, the beloved Canadian Forces Snowbirds, aren’t exactly an unfamiliar sight to the throngs that enjoy them annually at shows across North America.

But would you recognize a Quicksilver-P51 Mustang if you saw it flying overhead? What about a CC-130J Herc? A Harvard II?

If you’re zero-for-three in recognizing those flying machines, you’re not alone.

To add to the list, an F-35A Demo, CF-18 Hornet Demo, a CH-146 Griffon helicopter, a PBY-5A Canso, courtesy the Canadian Warplane Heritage Museum, and other entries will be joining the fun and artistry in the skies as well.

They also note that, as with many air shows across North America, the COVID-19 pandemic has created uncertainty about the format of the event.

But the show will go on, they say.

“We do expect that this year’s air show will be different than in the past years, especially on the ground,” organizers say. “We will follow all public health guidelines to ensure the safety of our performers, staff, volunteers and our audience.”