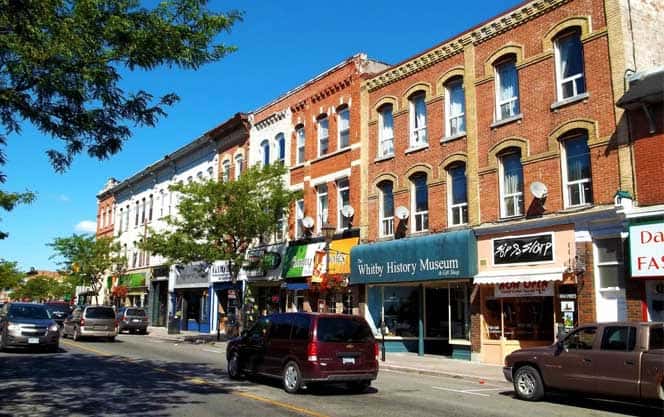 Whitby’s new Mayor Elizabeth Roy has come out in staunch resistance to Ontario’s Bill 23 which cut development costs the town depends on for its infrastructure budget. This in turn will reduce services in town and jack up residents’ taxes, Roy said.

Roy’s concerns are echoed in a Whitby staff report which reads the town, “supports the Province’s efforts to address housing needs in Ontario,” but has significant concerns about how Ontario will reach its goal.

The report found the new legislation, which passed shortly after the report was compiled, “would significantly reduce municipal collections from developers to pay for and deliver infrastructure to support population growth.”

Premier Doug Ford and Housing Minister Steve Clark have argued the housing plan in Bill 23 is the best way to accommodate this expected growth, largely through reducing development costs and opening large swaths of the Green Belt for development.

Ford has consistently flip-flopped on the Green Belt since his first run for Premier. First, he told a group of developers he would open parts of it for development in 2018 before backtracking following substantial public blowback. He has now changed course again with Bill 23.

The bill set a target of 18,000 new units in Whitby by 2031. However the town already has that many unit in some stage of development.

Despite Whitby holding the record for the second fastest approval speed in Ontario, behind only Milton, the town report stressed they have no control over when developers will actually deliver the homes.

“Many developers wait for favorable market conditions, often related to interest rates, to begin building units,” the report reads. Canadian interest rates currents sit at 3.75 per cent after six hikes in 2022 in an attempt to control inflation.

Whitby, and most Ontario municipalities, have railed against the methods Bill 23 enforces while supporting the end goal of more access to housing. More locally Oshawa and Durham Region have condemned the legislation. Their choir of resistance has been fiercely joined by numerous Durham conservation groups.

Regardless of where the criticism is coming from, the main points are largely the same. As Roy said concerns generally include, “Shifting the cost of growth directly to taxpayers by reducing the Development Charges that are currently paid by developers to help fund important growth-related infrastructure like new parks, roads, and recreational facilities.”

Roy continued saying Bill 23 will cause, “both increases in property taxes and a reduction in the level of services that our growing community has come to expect here in Whitby. This is unacceptable.”

Of note, Whitby already has the highest property tax bill in Ontario when adjusted to include the average home cost. The town sits at 17th out of 35 Ontario municipalities with its 1.147 tax rate.

However, due to the high average home cost of $991,105 the average homeowner makes the average property tax bill in Whitby $11,368.75, the highest in the province. Oshawa ranks second followed by Oakville, Ajax and Pickering.

The town is also concerned about potential safety impacts of development without municipal oversight, another condition of Bill 23. These effects include potential impacts for traffic, parking, flooding issues, water quality and air quality and the loss of natural features and ecosystems.

As a result Whitby called for the Province to re-examine the bill and its impacts on communities. However, the Whitby’s call and the calls of it municipal peers went unheeded. Bill 23 passed on November 28.