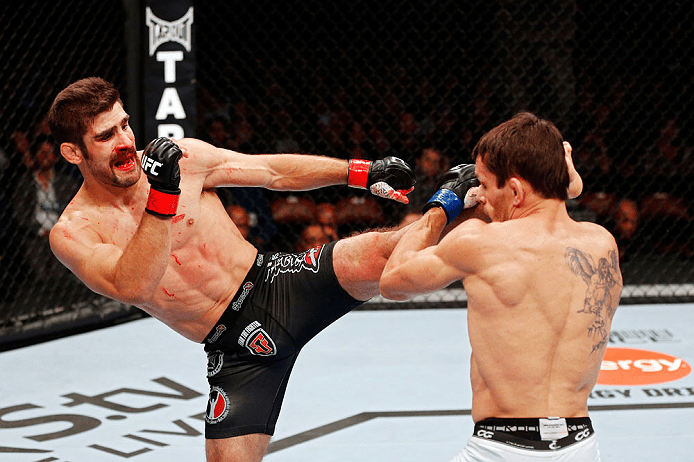 Mixed martial arts veteran Antonio Carvalho, who had a four-fight run in the UFC between 2011-2013, has joined the coaching staff at Port Perry’s Kalsamrit Gym.

Carvalho made his professional MMA debut in 2002 and amassed a 13-4 record before joining the Ultimate Fighting Championship, where he went 2-2.

Known as ‘Pato,’ the personable featherweight trained and taught at Bruckmann Martial Arts in Oshawa for much of his career. He also spent time fighting in Japan and took two years off before returning to the sport and earning the UFC contract.

His first win in the organization was against Daniel Pineda at UFC 149 on July 21, 2012, in Calgary. He knocked out Pineda 71 seconds into the first round.