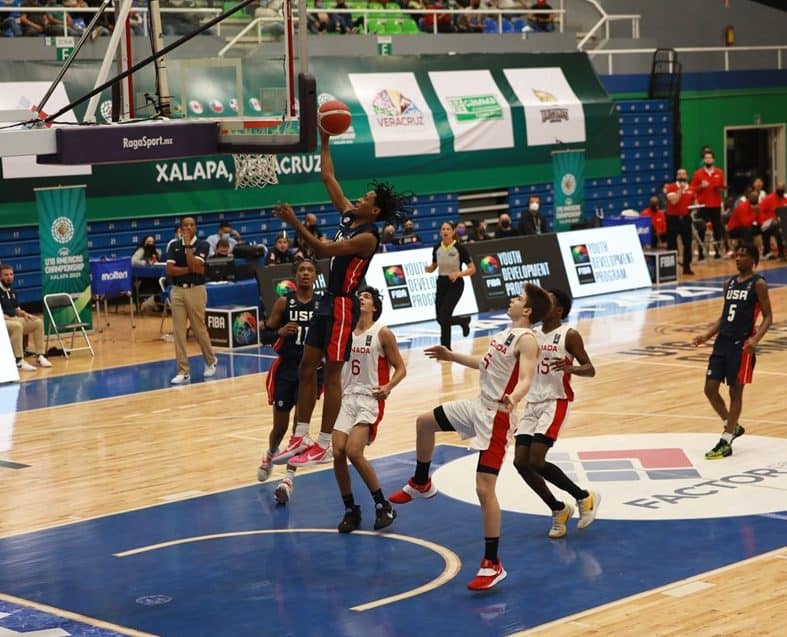 They ran with the big boys for half the game, but the overwhelming favourite and six-time defending champion Americans used a huge third quarter to pull away from Canada in the FIBA U-16 Americas Championship semi-final to book their ticket into today’s final.

The 99-81 U.S. victory puts them into the gold medal match against Argentina, who outlasted the Dominican Republic 76-74 in the other semi.

Canada survived an early U.S. onslaught with a strong second quarter to tie the match at 47 after two quarters, but a 29-13 third period advantage for the Americans proved to be too much for the Canadians to overcome.

Oshawa’s Efeosa Oliogu led Canada with 17 points with Milton’s Ishan Sharma and Mikkel Tyne adding a dozen each. Tyne added seven rebounds and Oliver Rioux, who earned Top Performer honours for Canada, had 12 points of his own, as well as 12 rebounds.

Kylan Boswell scored a game-high 20 for the U.S. while Ronald Holland, who is making his mark as the tournament’s best player, had 16 points and 16 boards for the winners.

Argentina earned their way into the final with a hard-fought win over the DR, with Tiziano Prome, who had 14 points and some big defensive stops, making a short jumper with 32 seconds left for the game-winner. DR then missed a layup with five seconds left that would have sent the game into overtime.

Lucas Giovannetti led Argentina with 24 points while Rodrigo Aybar of the Dominican Republic led all scorers with 26.

All four nations have qualified for next year’s U17 World Cup.

Canada, who has won three straight silver medals in this bi-annual tournament, will play for bronze tonight against the Dominican Republic.