Fully vaxxed Canadians from Mississauga, Niagara and all of Ontario will be able to drive to U.S. in early November 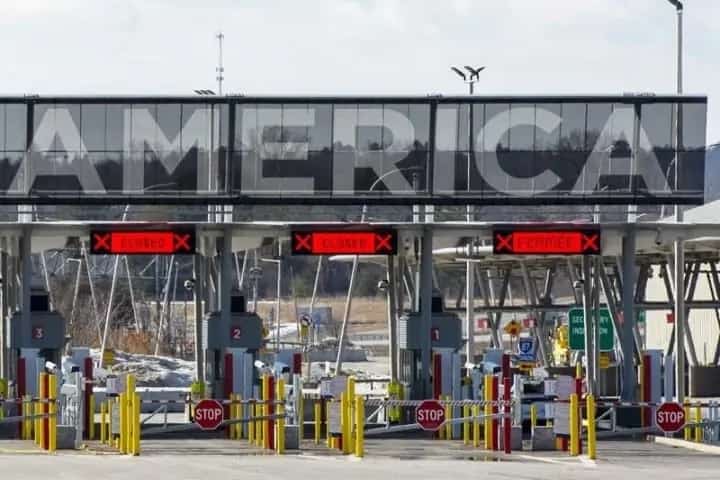 The American side of the Canada-United States border will re-open to fully vaccinated Canadians next month, and further details about what that involves are expected to come on Wednesday.

Rep. Brian Higgins, a Democratic congressman whose district includes Erie and Niagara counties in western New York across the border from Niagara Region in Ontario, indicated as much in a statement on Tuesday night. Land crossings, which have been closed to Canadians since March 21, 2020. Canada reopened its land crossings to fully vaccinated Americans for nonessential travel on Aug. 9.

“The sigh of relief coming from northern border communities following this announcement is so loud it can practically be heard on either end of the Peace Bridge,” Higgins added referring to the span that connects Fort Erie and Buffalo, which is one of the busiest bridges between the two countries.

At long last, there is action by the U.S. to open the doors & welcome back our Canadian neighbors beginning in November.

This is good news for businesses & families that have suffered under the continued border shutdown.

Canada’s conditions for fully vaccinated U.S. citizens and permanent residents to enter the country include waiting at least 14 days since getting a full course of a Health Canada-approved vaccine and showing proof of a recent negative COVID-19 test. The negative test must be taken within the last 72 hours prior to their arrival in Canada.

The Buffalo News reported that the United States will not have any such testing requirement for visiting Canadians.

Only about 66 per cent of eligible Americans are fully vaccinated against the virus, according to the latest numbers available from the U.S. Centers for Disease Control and Prevention. By comparison, Health Canada says 81 per cent of eligible Canadians 12 or over have had a full course of vaccine.