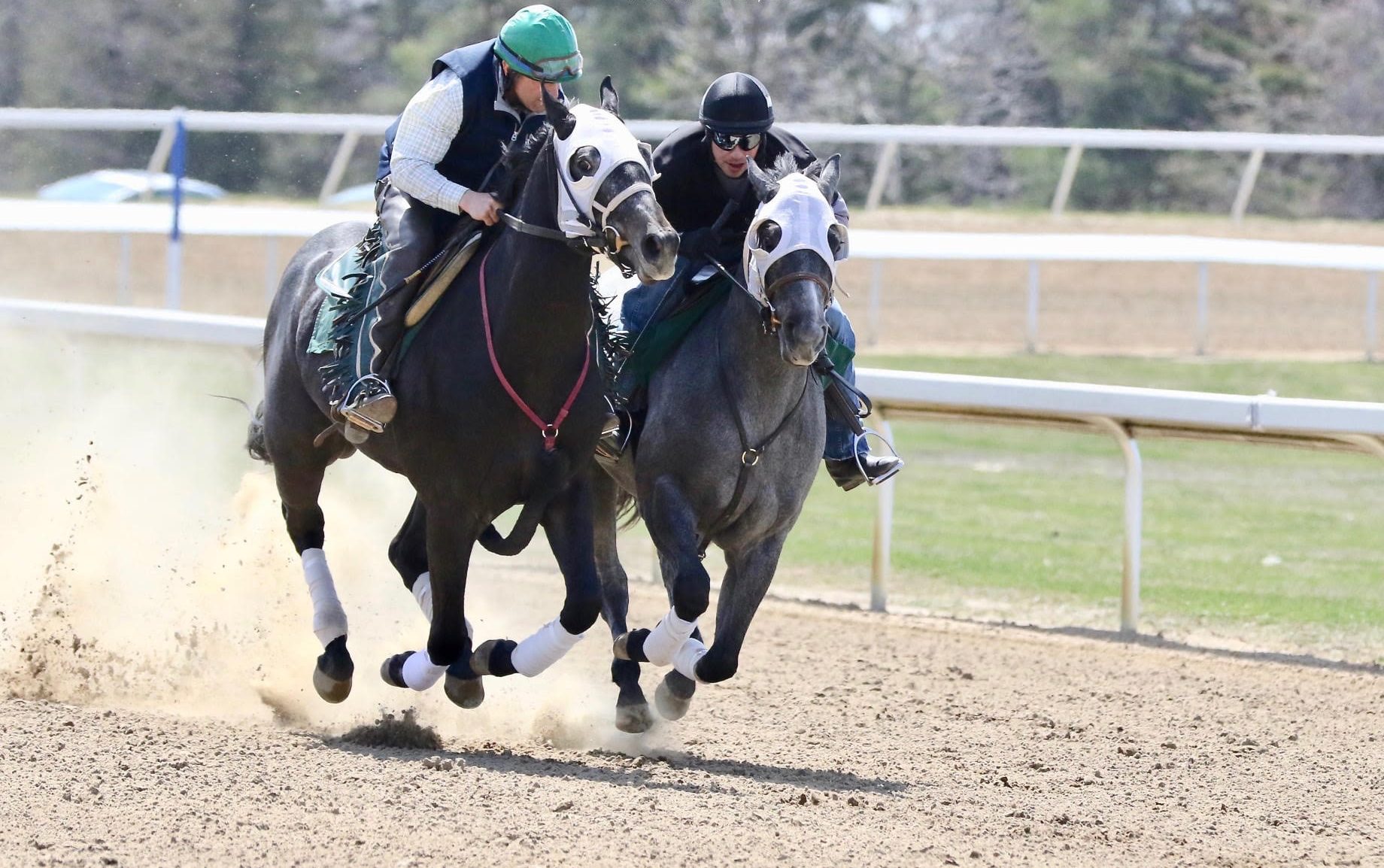 Quarter Horse racing fans will get their first look at the new crop of Ontario-bred 2-year-olds in two Trials for the Ontario Bred Futurity at Ajax Downs Wednesday.

Most of the youngsters entered in the Trials, which are races 3 and 4 on Wednesday at 300-yards, are making the first starts of their career including a five-pack from the barn of trainer Michelle Woodley of Hillsburgh.

“It’s exciting to have all five of our 2-year-olds in the Trials”, said Woodley, who owns one of the starters with partner John McInerney, a former leading Ajax Downs jockey, and trains the other four for Richard Wincikaby of New Liskeard.

“Three of them, the ones in the first Trial, were all born on our farm and the other two came to us as weanlings. So we have been working with all of them since they were young.”

“Sour Candy has been the most challenging but he has talent. Cory (Spataro) worked him from the gate on May 25 and we liked how the two of them got along so Cory will ride him. Quick Asa Hiccup is the last foal from the good mare Eyesa Quick and he is very similar to his big brother Twixt of Fate, who won the 2020 Ontario Bred Futurity. And Silver Lyning is our own horse and she is the first foal to race of our stakes winning mare Embrace Extravagence.”

Also in the first Trial is the regally bred Had to be Ivey, owned by Carol and Jaime Robertson. The bay filly is a full sister to Horse of the Year Had to Be Ivory.

The second Trial has also lured Maximize, owned by Robert Bailey and trained by Jason Pascoe. Maximize has the benefits of a start under his belt as he was a close fifth in a maiden race at Remington Park in Oklahoma on April 15. Brian Bell will ride Maximize from post position 4.

First race post time for the seven-race card at Ajax Downs Wednesday is 1:30 p.m.  Entries for the races can be found here.