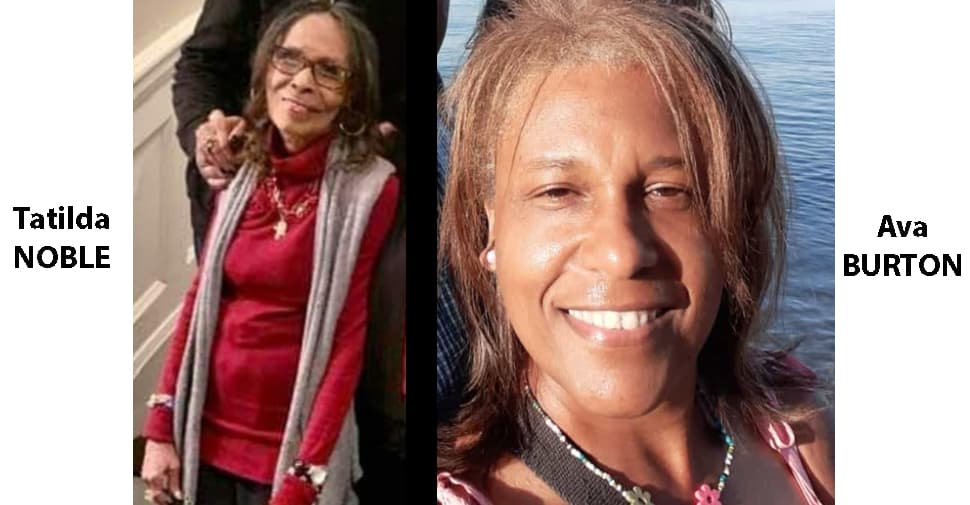 Two women are missing from their Whitby home after what police are calling a “suspicious disappearance.”

Ava Burton, 58, and her mother, Tatilda Noble, 85, were reported missing from their Sceptor Place home the afternoon of September 14.

Police have been investigating the scene since around 3 p.m. yesterday after a family member called for a wellness check. They have dispatched a mobile command unit to the home, and it remains cordoned off with police tape.

While police could not find the missing women, they say they found evidence of, “suspicious circumstances.”

In a press conference at the scene, Acting Sergeant George Tudos could not provide any details of those circumstances but said investigators are waiting for a search warrant before they can send forensic teams into the home.

Burton is described as Black, 5’1″, of a light complexion, with brown hair and brown eyes.

Noble is described as Black, 5′, of a light complexion, with shoulder-length grey hair usually wrapped in a scarf, brown eyes and wearing glasses. She speaks with a Jamaican accent.

Tudos said police are still unable to pinpoint when the missing women were last seen. Officers are canvassing the neighbourhood to learn more.

Anyone with information can call Detective Tim McDermott at 1-888-579-1520 ext. 5411. Police are also requesting home security or dash-cam footage of the home.