Two Vehicles Involved in Crash at Major Intersection in Mississauga 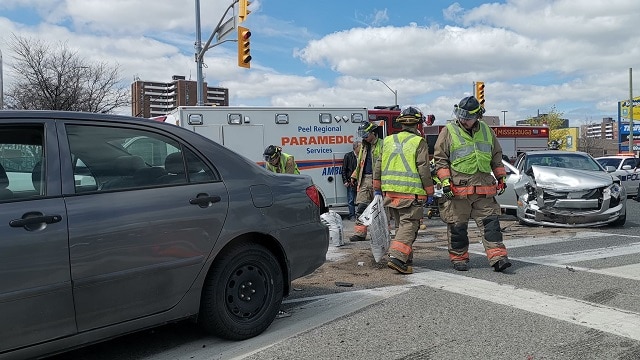 Police, paramedics, and Mississauga Fire are on scene for a crash this morning.

Two vehicles were involved in a collision at the intersection of Dundas and Dixie.

While injuries are currently unknown, at least one of the vehicles sustained major damage to its front.

Crews remain on scene at this time.

Residents may want to avoid the area until further notice.

UPDATE: The incident appears to be minor, according to police.

Eastbound Dundas is closed at the intersection until the scene has been cleared.