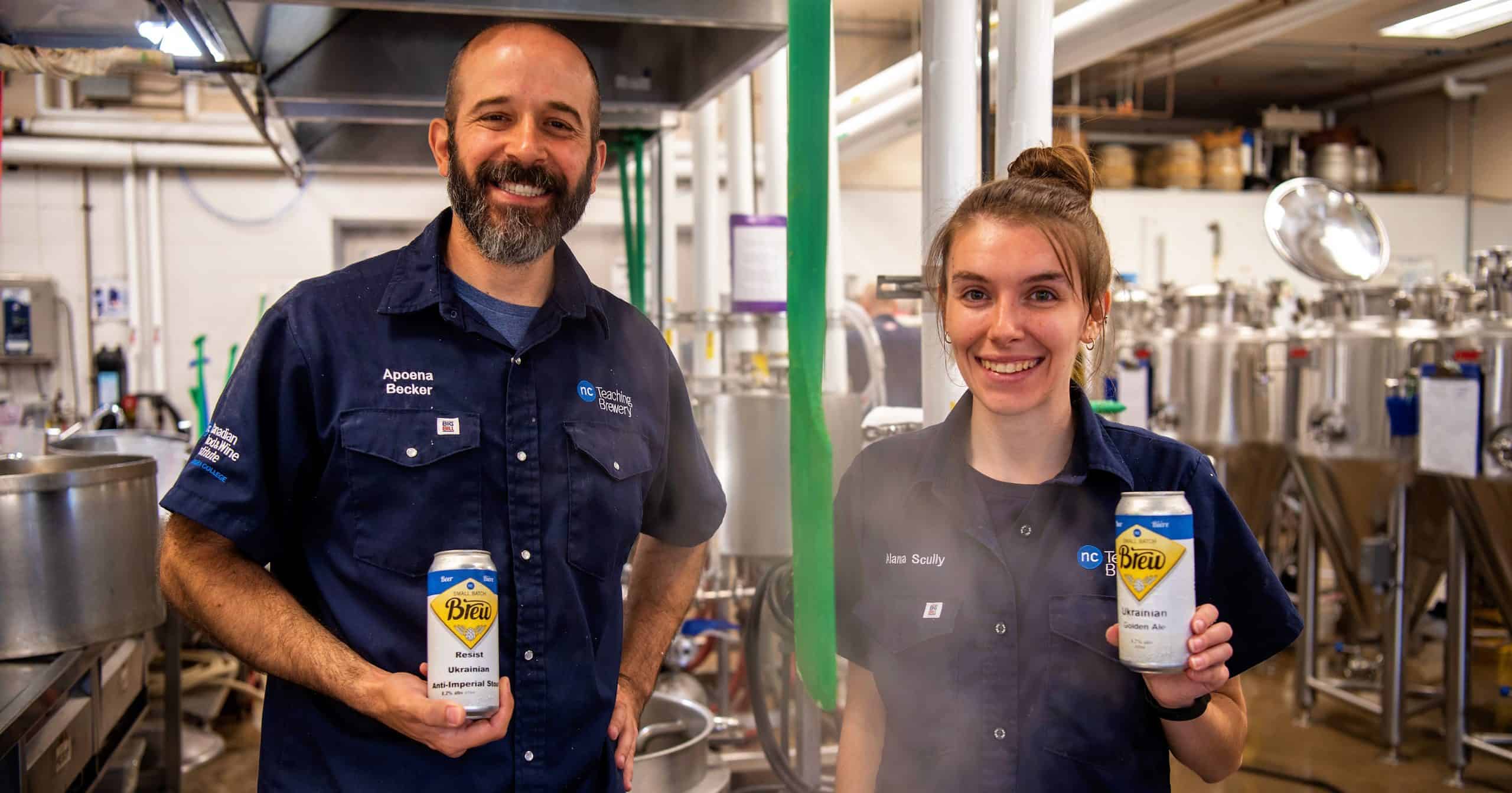 When Niagara College Teaching Brewery created two Ukrainian style solidarity brews, it was showing its support for the war-torn country.

Little did the young brewers on the Niagara-on-the-Lake campus know that accolades were headed their way for the quality of the beers.

The brewery copped another silver for their Beer 101 Bitter, which has won so many awards at this point that it’s getting tough to keep track.

The college’s Brewmaster professor Jon Downing took the assignment of creating Ukraine-oriented beers very seriously as he coached his student how to brew Ukrainian-style beers as a show of solidarity and support.

For Downing, it’s personal. During the early 1990s – a pivotal time after Ukraine gained independence in 1991 – he spent time living there while launching two microbreweries in Dnipro and Haivoron.

“The situation in Ukraine may impact us in the short term but will be a part of the fabric of Eastern Europe for a generation. Brewers around the world including us have been raising awareness and funds for many months now, and this supports needs to continue as long as the war does,” said Downing.

“I encourage everyone to do what they can to support however they can.”

Not only did the college’s Teaching Brewery become only Canadian brewery to achieve a medal in the two Ukrainian beer categories at the competition, but $1,700 in entry fees were donated to the Ukrainian Red Cross as a result.

This year’s U.S. Open Beer Championship was based in Oxford, Ohio, and drew more than 9,000 entries which represented more than 150 styles of beer. Not only that but three Niagara College Brewing students in their fourth term who had an opportunity to participate in the judging at the U.S. Open, though not in the categories in which the college competed.

While the Beer 101 Bitter is available year-round, both the Ukrainian beers were spring releases. However, even before the competition, second batches of both were being brewed. The Ukrainian Golden Ale will be available again on July 18 while the Resist – Anti Imperial Stout will show in their retail on July 25.