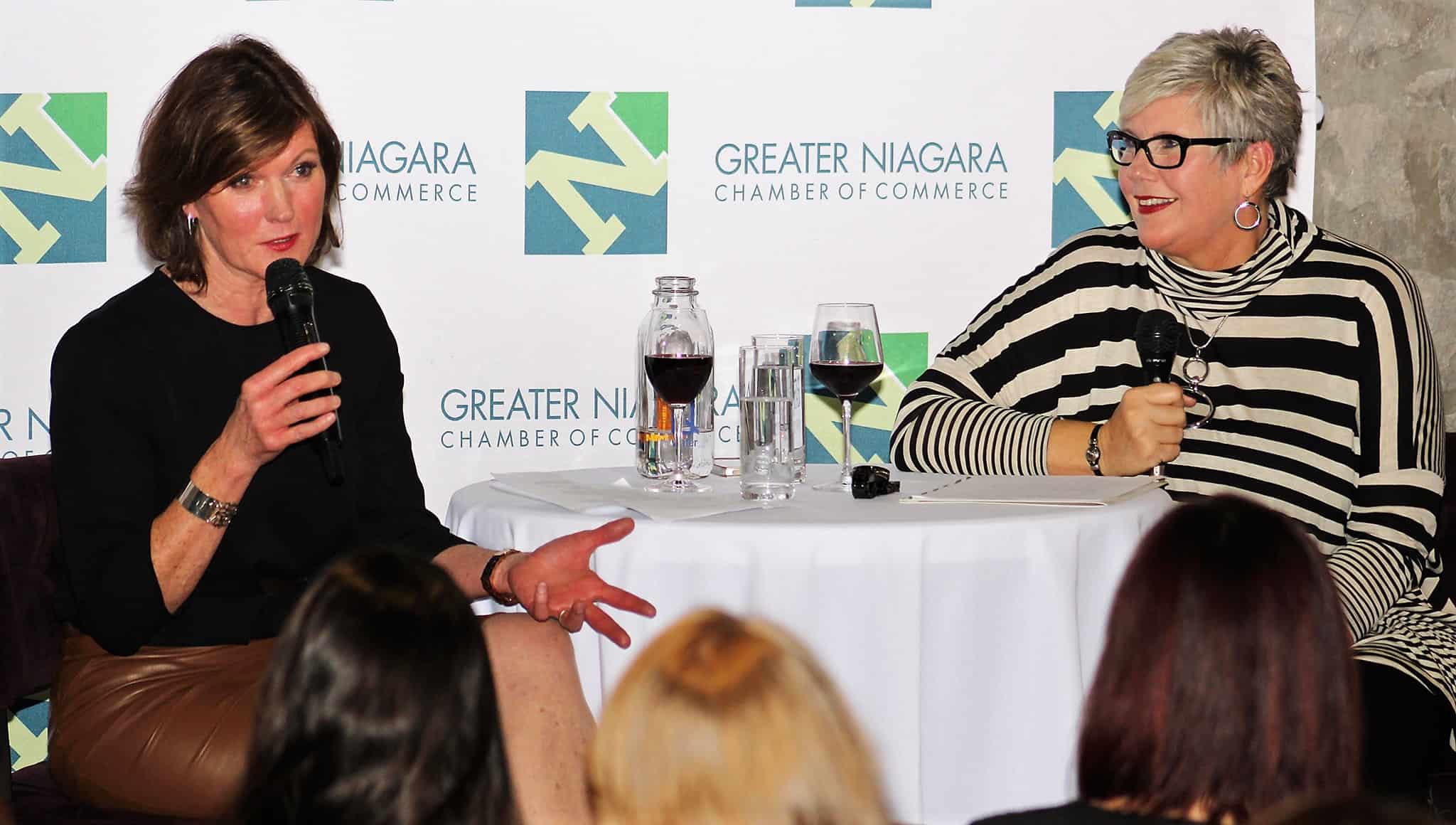 A two-time Niagara Regional Chair and two-decade CEO of the Grape Growers of Ontario was honoured with a Lifetime Achievement Award at the Greater Niagara Chamber of Commerce at their 2022 Women in Business Awards on Friday night.

Debbie Zimmerman was one of many winners when the awards were announced at Club Italia in Niagara Falls.

Zimmerman was a local politicians for 36 years, starting in 1978 as a Grimsby councillor before being elected to Regional Council in 1989. In 1997, became the Regional Chair for two consecutive terms.

She took over as CEO of the Grape Growers in 2003.

“On behalf of the 500 farm families across the province growing processing grapes and making 100 per cent grown in Ontario wine, we thank Debbie for her commitment to our industry and congratulate her on this well-deserved recognition,” said Matthias Oppenlaender, Chair of Grape Growers of Ontario prior to the event.

Also pre-announced as an award winner was Ruth Unrau, who won the inaugural Ruth Unrau Legacy Award. The award honours those who champion women in trade and commerce, and empowered others to achieve success. Unrau, the co-founder of Women in Niagara, was, of course, selected as the winner for the honour bearing her name for its first year.

While the two awards were known ahead of the gala, the night still had many winners who didn’t know ahead of time. Other winners included: