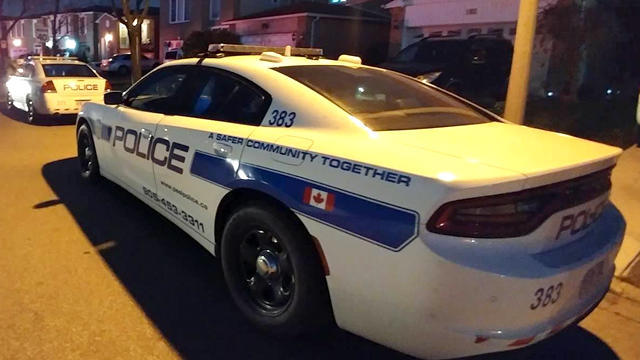 A man and two teen girls are facing charges in connection with the seizure of  handgun at a Mississauga motel.

Peel police report that on June 3 at approximately 3:00 a.m., officers were called to a hotel in the Britannia Road East and Hurontario area in Mississauga to respond to an unrelated 911 call.

During the investigation, police say they located a loaded 9mm handgun within the room.

Now, 22-year-old Deandre Glavis, along with two 17-year-old females, has been charged with numerous firearms offences.

Police say Glavis faces an additional charge of failing to comply with recognizance, as he was out on bail for previous assault charges.

Glavis and the two 17-year-old girls were held for a bail hearing on June 3.

Anyone who may have any information pertaining to this matter may call the 12 Division Criminal Investigation Bureau at (905) 453-2121, ext. 1233.  Information may also be left anonymously by calling Peel Crime Stoppers at 1-800-222-TIPS (8477), or by visiting www.peelcrimestoppers.ca, or by sending a text message to CRIMES (274637) with the word “PEEL” and then your tip.