Two shops targeted in smash and grabs in Mississauga 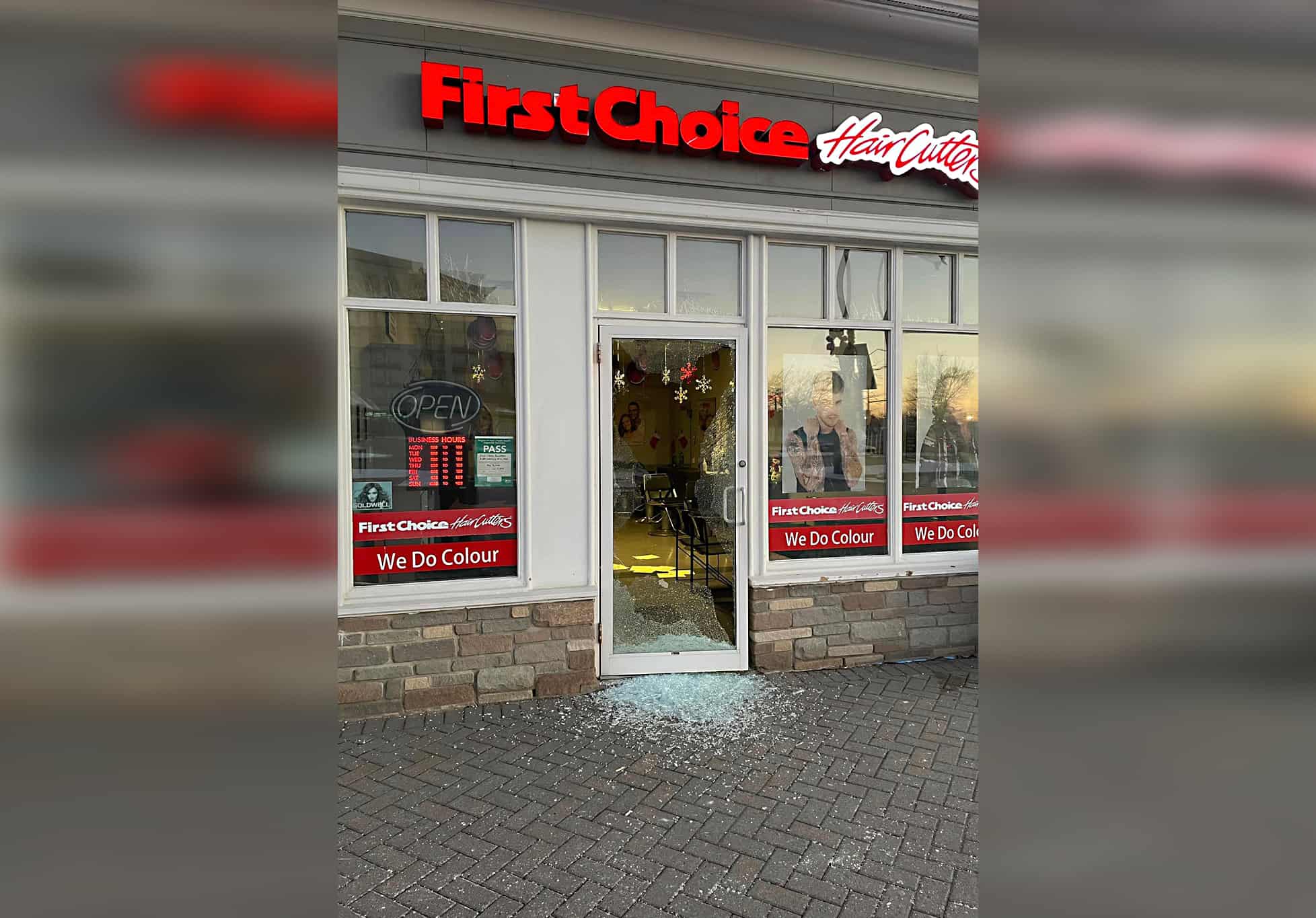 Two shops were broken into overnight or early Tuesday morning at a Mississauga plaza.

Kerry Shaw, owner of First Choice Haircutters, tells insauga.com, she found a large brick or block inside her shop this morning.

Shaw doesn’t know when the window was smashed. A police officer has come by to investigate, she says. Peel Regional Police didn’t immediately respond to a request for information on the incident.

Nothing of value was stolen — only a binder containing product information for the shop was missing, she says. There is no money kept in the shop, she adds.

“It doesn’t look like they went past the front area,” she says.

This isn’t the first time First Choice Haircutters has been broken into, she says.

Each time they have to pay for the repair to the door as the insurance deductible is too high. And it comes at a time when hair salons still haven’t recovered from lockdowns. Customers aren’t returning to get haircuts.

“I don’t know if people realize that our customer counts are still down like 42 per cent,” she says. “We had our best year 2019, the pandemic just killed us.”

She thinks many people still go to underground hair stylists. 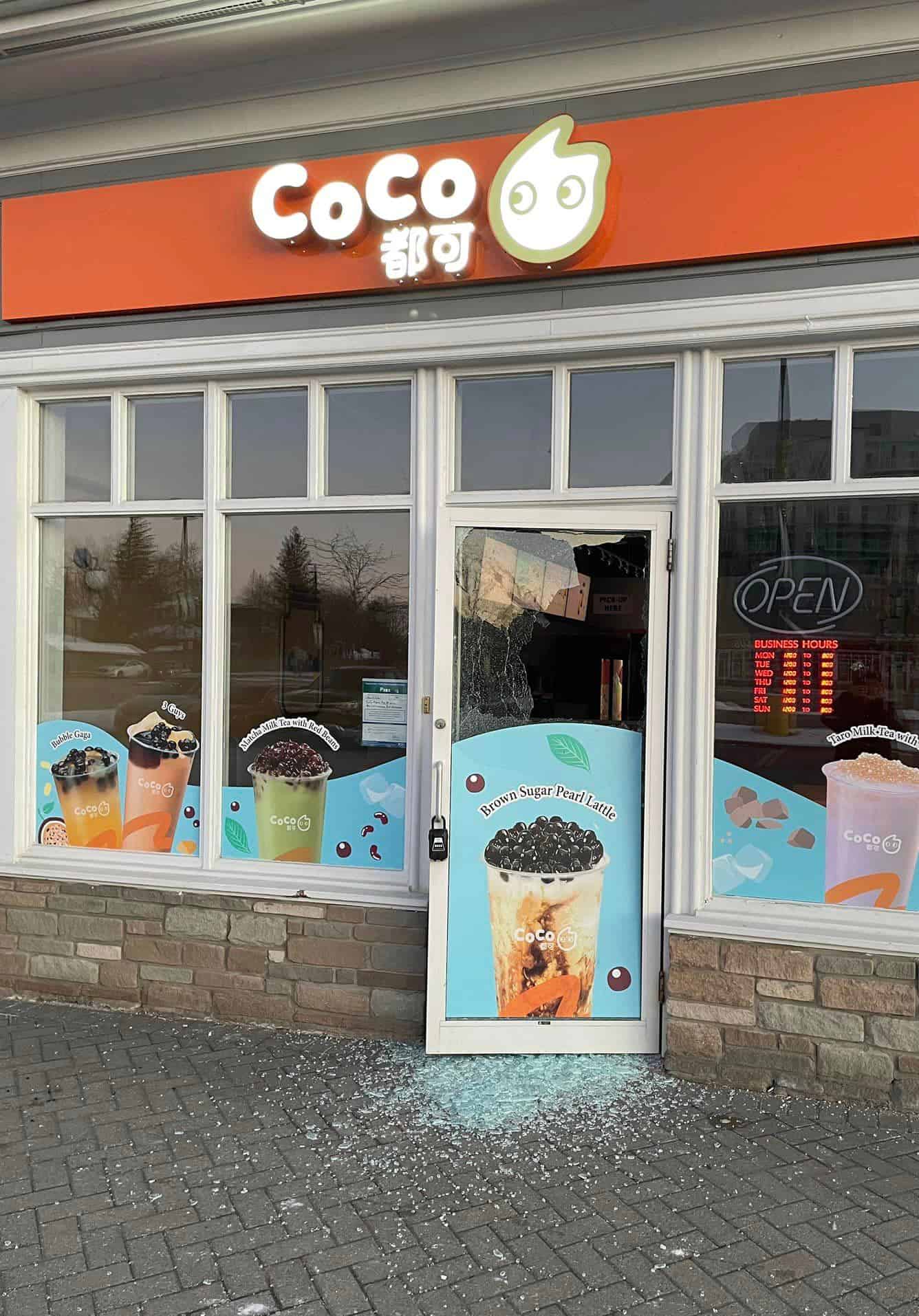 CoCo Fresh Juice and Tea was also broken into. Photo by Richard Attard