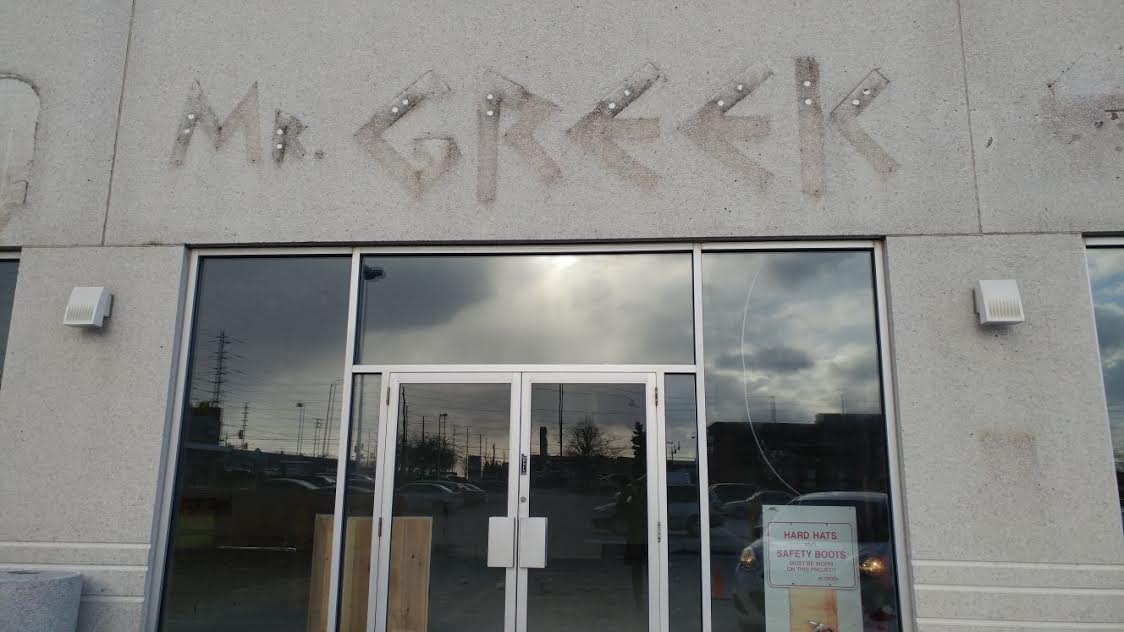 When a restaurant closes, two reactions are typical. The first, of course, is sadness–especially when the closure affects a move-loved gem (such as under-the-radar favourites Jay’s Sandwiches of the World and Odai Sushi). The other is curiosity about what, if anything, will take the defunct resto’s place.

Back in December, the Heartland area Mr. Greek location shuttered its doors for good after 20 years in business.

Signage on the storefront offered a sweet goodbye, thanking diners for their business and assuring disappointed fans that the brand had been happy to serve them during its lengthy tenure at the busy location.

While the closure left people disappointed, it also begged the question: what would take its place?

In a strange turn of events, it appears that two–yes, two–restaurants will be setting up shop in the old Mr. Greek location.

A Heartland Town Centre spokesperson told insauga.com that Popeye’s will take over some of the space during its expansion. The rest of the space will go to Pizzaville.

So, there you have it–two restaurants (though not for the price of one, unfortunately) will get to enjoy Mr. Greek’s old real-estate in Mississauga.