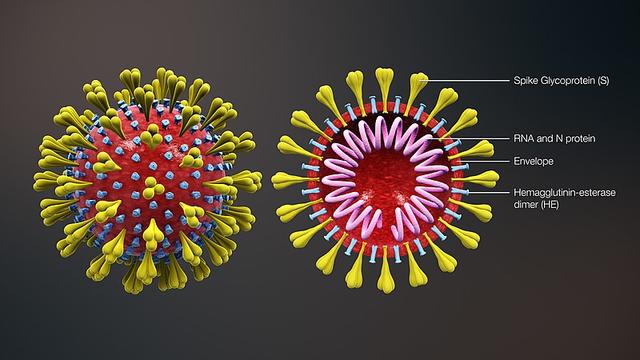 Quebec and Ontario, which account for the bulk of the country’s COVID-19 cases, have both seen new infections trend downwards compared to last week’s totals, weeks after each province enacted a series of more stringent pandemic measures.

The shift in numbers is “promising,” and suggests not only that the measures are having some effect but also that people are being more compliant, said Dr. Jeff Kwong, an epidemiologist with the University of Toronto’s Dalla Lana School of Public Health.

“There’s a glimmer of hope, but we need to keep up the current restrictions so that we can see things go down further,” he said.

“Because we really need to bring it down further before we can safely reopen anything.”

Dr. Camille Lemieux, who is the medical lead for an Ontario COVID-19 assessment centre, said the lower numbers are also partly due to the fact that people have fewer excuses to get together now that the holidays are over.

But she said some of the lockdown measures are making a difference, while others — such as closing schools — may not have that much of an impact on daily infection numbers.

“So this is a combination of timing… and the measures, in my opinion,” she said.

The key is to avoid lifting restrictions in a way that allows transmission to resume while so few people have been vaccinated, she said.

“People may have to live with some more restrictions — more than they want, for longer than they want — until we get enough people vaccinated,” she said.

Premier Francois Legault suggested the shift may stem from the provincial curfew imposed nearly two weeks ago, which requires residents to be home between the hours of 8 p.m. and 5 a.m.

The measure, which will remain in place until at least Feb. 8, was put in place in an effort to reduce transmission of the virus as hospitals face increased strain due to the pandemic.

However, health experts warned it’s too early to know whether the change can be attributed to the curfew, with some noting it is only one of a series of restrictions implemented to bring down case counts.

Ontario, meanwhile, recorded 2,655 new cases on Wednesday, higher than Tuesday’s count but a decline from last week, when it saw around 3,000 new cases each day.

The province announced Wednesday that schools in only seven public health units in southern Ontario will reopen to in-person learning on Monday, with the rest continuing with online-only lessons.

In-person learning was put on hold across the province for the first week of the winter term, a measure that was later extended to Jan. 25 for all schools in southern Ontario.

When Ontario declared a state of emergency last week, it also extended online learning for schools in five hot spots until Feb. 10.

Health officials across the country are also having to deal with an impending pause in deliveries of the Pfizer-BioNTech vaccine.

In Manitoba, health officials said Wednesday that no vaccine appointments are being cancelled, though the province will receive roughly half the doses it expected over the next four weeks.

The province has also seen daily numbers drop recently in most areas except the north, reporting 153 new cases on Wednesday. Officials are considering loosening some of the measures related to stores and public gatherings in southern and central regions sometime this week.

The federal government has said Canada won’t receive any doses of the Pfizer-BioNTech vaccine next week after the company advised it is slowing production at its Belgium facility to make upgrades that will eventually boost its output.

Ottawa further noted it can’t tell provinces how many doses they’ll get over the next month as a result of the changes at Pfizer.

The federal government also moved Wednesday to extend restrictions on international travel into Canada from countries aside from the U.S. until at least Feb. 21.

Proof of a negative COVID-19 molecular test is required for any air travellers five years or older boarding an international flight to Canada, and anyone coming into the country must follow isolation or quarantine rules.