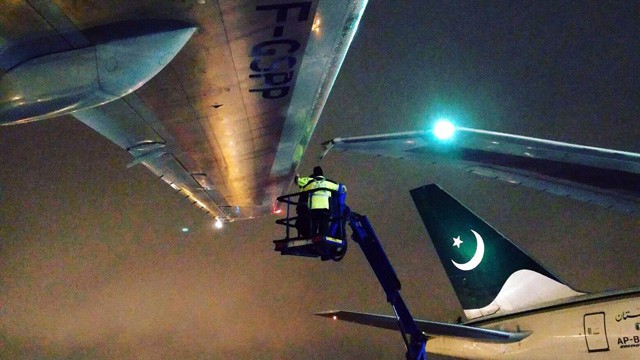 According to a recent CBC article, a Pakistan International Airways plane clipped the wing of an Air France jet as it taxied towards a gate on Tuesday, Jan 3.

A Greater Toronto Airport Authority spokesperson told the CBC that the Air France jet was parked at a terminal 3 gate when the two planes touched wings.

Fortunately, no one was injured and passengers told the news outlet that they didn’t feel any impact at all.

Although no one was hurt, the CBC says the minor collision caused delays with disembarking and luggage retrieval, with some passengers reporting waiting more than six hours for their belongings.

The incident is being investigated by the Transportation Safety Board.

You can see a photo of the aftermath of the incident, courtesy of Twitter user JetstreamPhotography (@jetstreamphotog), above.