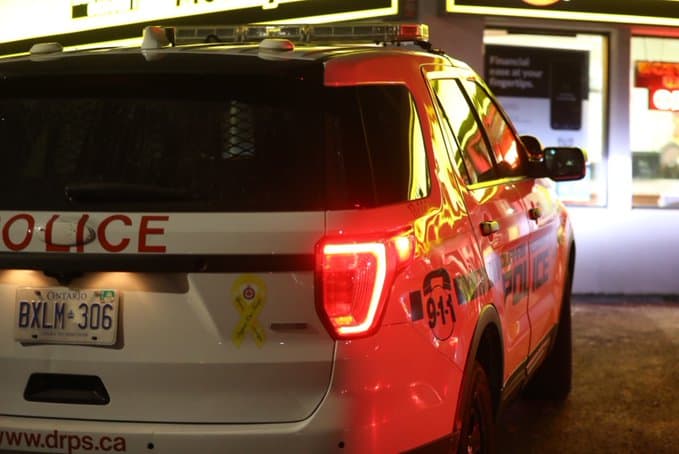 Two people are in hospital with serious stab wounds after an incident early this morning in Oshawa.

A 22-year-old man and a 30-year-old woman were taken to a trauma centre after both were stabbed following an altercation with several suspects just before three a.m. in the Simcoe Street and John Street area.

The man’s injuries were originally described as life-threatening but both victims’ conditions are now considered stable.

Durham Police and paramedics arrived shortly after the stabbing and after the suspects had fled on foot. There are no suspect descriptions, and the victims are not co-operating with investigators.

Anyone with information about this incident is asked to contact Det. Graff of the Central East Division Criminal Investigations Bureau at 1-888-579-1520 ext.2741.