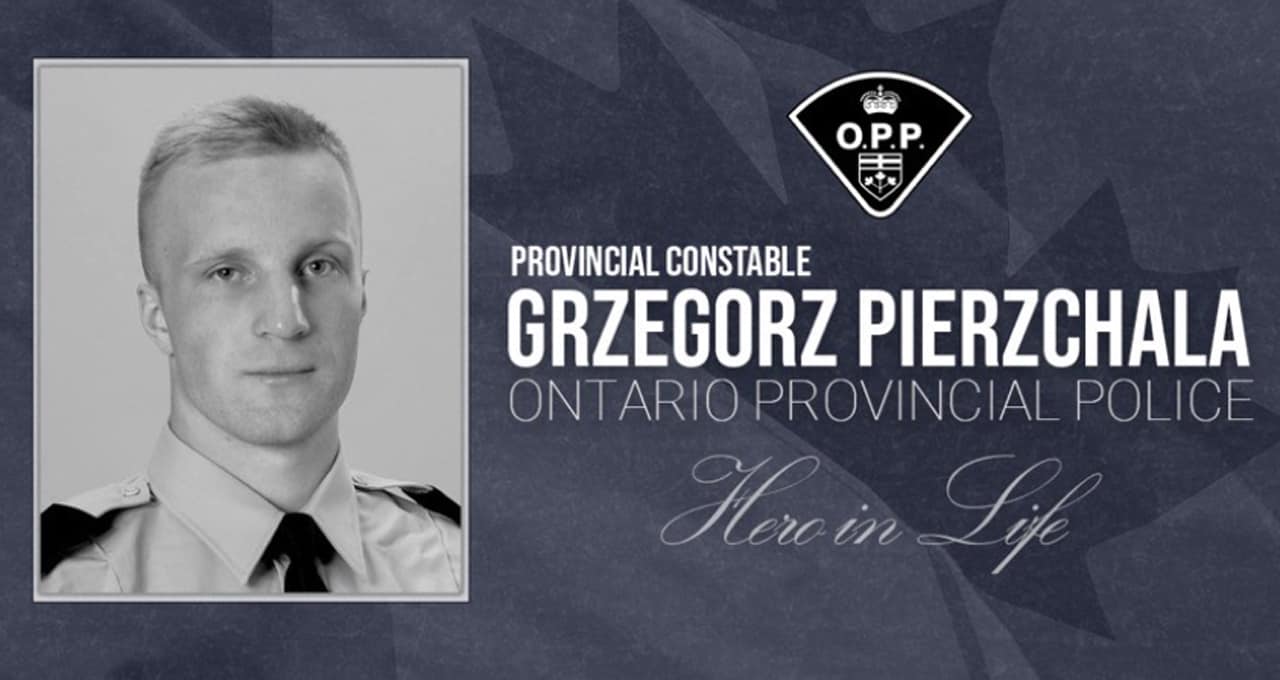 Constable Greg Pierzchala was killed in the line of duty

After a brief pursuit in Haldimand and Norfolk Counties, police have made arrests in connection with the shooting of an OPP officer.

Ontario Provincial Police have confirmed that a man and a woman are now in custody following the shooting death of Constable Greg Pierzchala along a remote stretch of road near Hagersville this afternoon.

Police say the arrests were made around 7 p.m. this evening (Dec. 27).

Reports say Pierzchala, 28, was killed while approaching a suspected stolen pickup truck found in a ditch. Pierzchala had been with the OPP for one year.

Police say when officer Pierzchala approached the vehicle he was met with gunfire. He was taken to hospital with his injuries after emergency crews arrived at the scene and has since died in hospital.

It is with an extremely heavy heart that I regretfully advise that #OPP Provincial Constable Grzegorz Pierzchala was killed today while courageously serving in the line of duty. Our hearts are with his loved ones and all OPP members at this tragic time. #HeroesInLife pic.twitter.com/Chg9RKiYTt

Charged with first-degree murder are Randall McKenzie, 25, and Brandi Stewart-Sperry, 30.