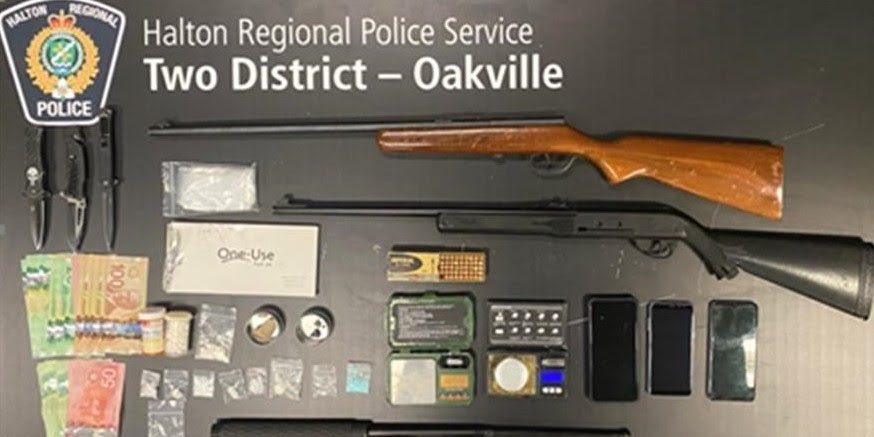 On September 29, investigators executed a search warrant at a residence in Oakville where the following items were seized:

Jessica MacMaster, 33, and Brendan Belzak, 35, both of Oakville, were arrested and charged with possession and trafficking of cocaine, meth and fentanyl, unauthorized possession and careless storage of a firearm and possession of stolen property.

Both were held in custody pending a bail hearing.

Anyone with information regarding this investigation is asked to contact the 2 District Street Crime Unit at 905-825-4777, ext. 2216.