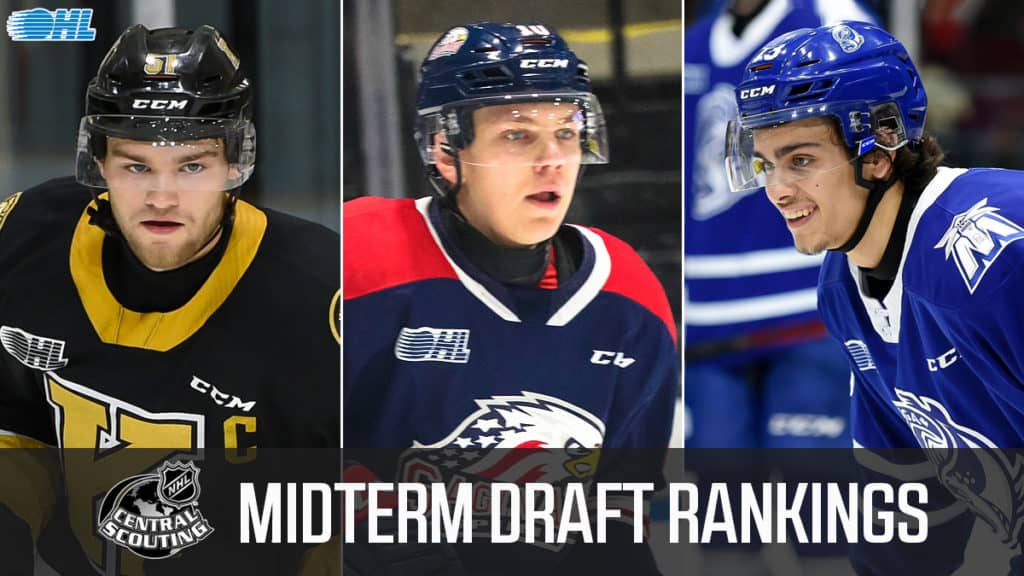 The NHL draft takes place July 7-8 at the Bell Centre in Montreal.

A total of 10 OHL players are ranked inside the first round led by Kingston Frontenacs centreman Shane Wright, a former OHL Rookie of the Year Award recipient and exceptional status first overall pick in the 2019 OHL Priority Selection, who hits the board at number one.

Russian defender Pavel Mintyukov of the Saginaw Sprit comes in at number five on the list.

Big left winger Stuart Rolofs, who the Generals picked up in a trade with London in December, is the only Oshawa skater on the list at #142. Rookie goaltender Patrick Leaver is seventh among OHL goaltenders at 29 in the goalie category.

Nineteen of the OHL’s 20 teams feature at least one player included on the list, with London (8), Guelph (6) and North Bay (5) leading the way.