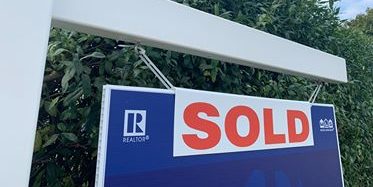 In December 2022, real estate website Wahi.com analyzed the list and sold prices of properties within 383 GTA neighbourhoods from its Market Pulse tool.

Wahi noted that the top five for overbidding and underbidding were ranked based on the percentage difference in sold prices versus the list price.

Additionally, Wahi noted that the median amount of overbidding and underbidding in each neighbourhood is based on the actual listing price and actual sold price of homes.

The data from December also revealed that 86 per cent of GTA neighbourhoods were sold under list price by an average of $20,000.

“This is in stark contrast to where the market was a year ago when 86 per cent of homes in the GTA were sold at or above list price by an average of  $73,000,” reads Wahi.com.

The data revealed that in December 2022, the Glen Abbey neighbourhood in Oakville made the top five list of neighbourhoods in the GTA for overbidding.

Along with Glen Abbey, the list also included neighbourhoods in Markham, Ajax and Richmond Hill. 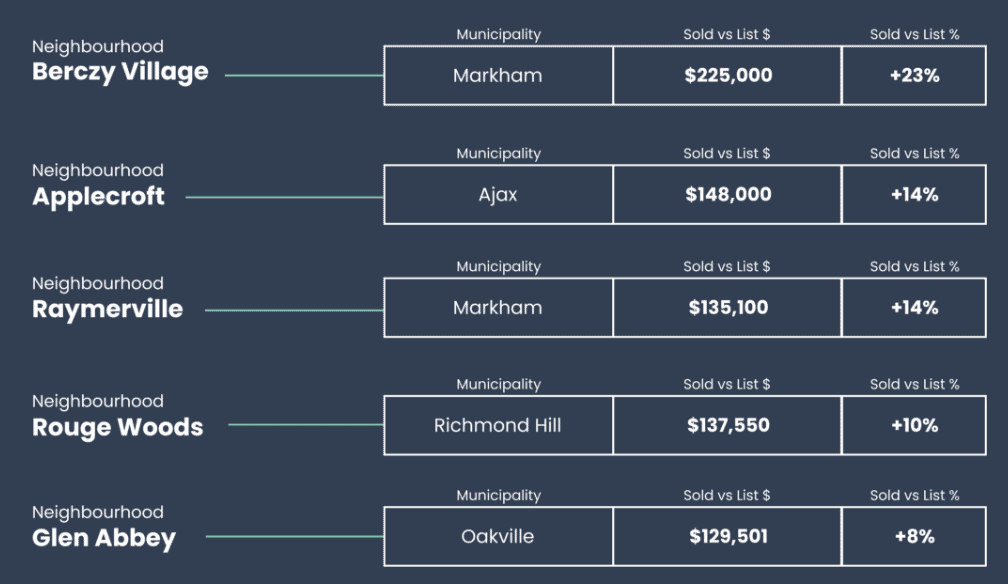 The same report also highlighted the neighbourhoods in the GTA for underbidding on homes for sale which included another neighbourhood in Oakville.

West Oakville made this list along with neighbourhoods in Mississauga, Toronto, Vaughan and North York. 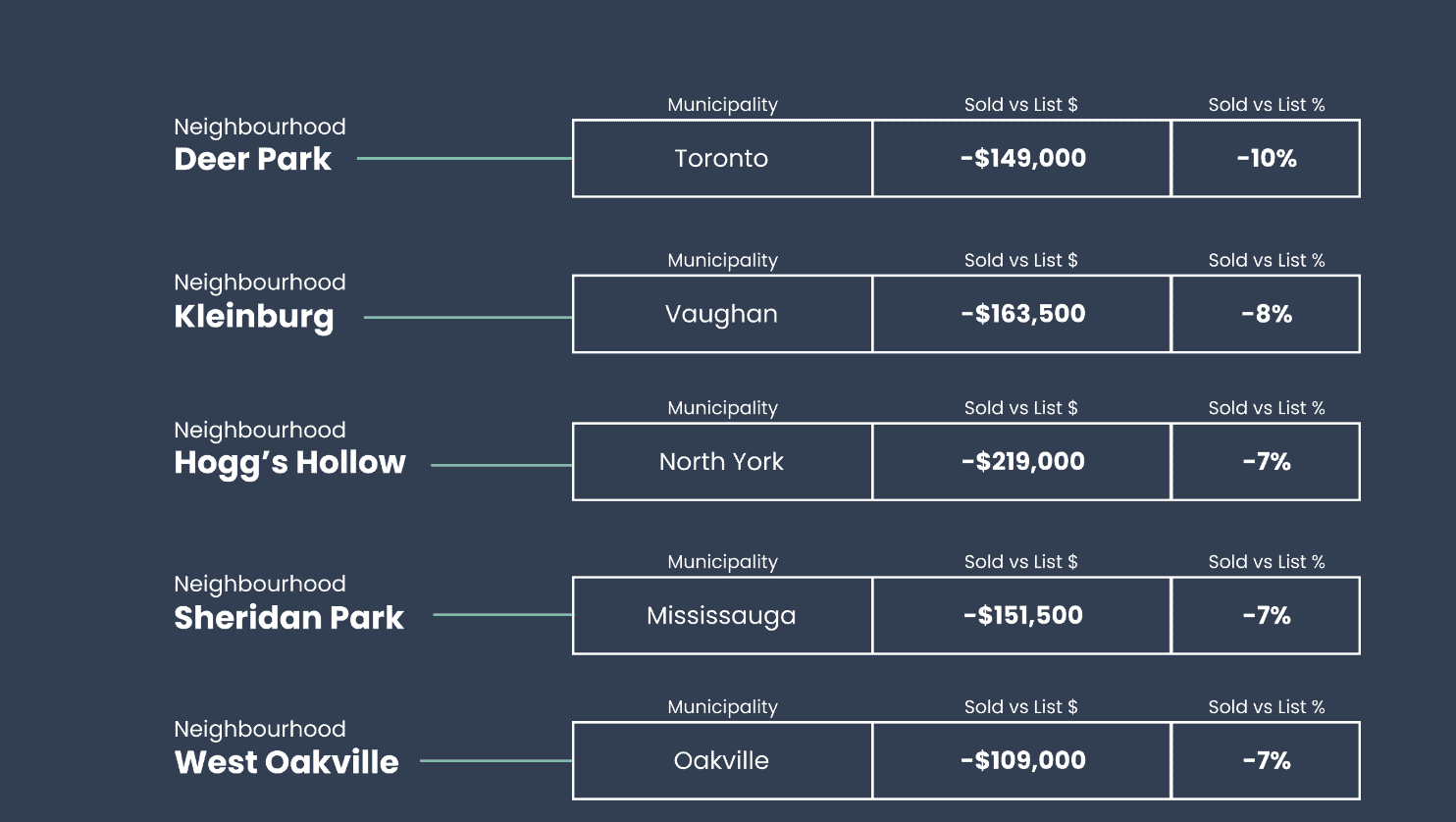 Wahi’s Market Pulse tool offers current data for almost 400 GTA neighbourhoods, so prospective home buyers can compare median sold and list prices to find out the areas and which homes sold for over and under asking.