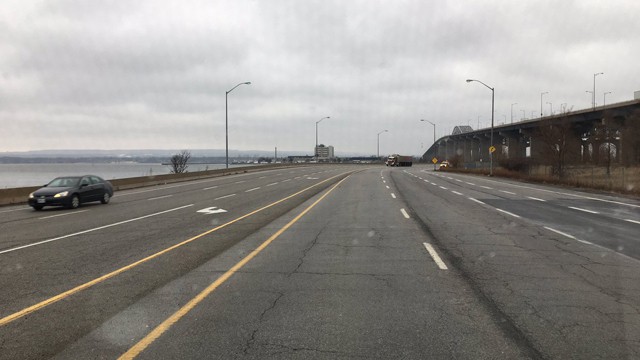 The OPP recently released the identities of the two victims killed in a single-vehicle collision on Eastport Drive in Hamilton.

Twenty-five year old Muhammad Zahid and 20-year-old Stefany Bermudez Parra, both Mississauga residents, have been positively identified as the victims of the grisly and horrific early morning crash.

On Tuesday, Feb. 7, the OPP received a call regarding a fiery single-car collision around 5:30 a.m. According to OPP Sgt. Kerry Schmidt, two deceased people were discovered inside the vehicle, which was taken off scene to the Centre for Forensic Science so the victims could be extricated and identified.

Prior to the crash, the vehicle was traveling northbound on the 50 km/h Eastport Drive at what witnesses described as an “extreme high rate of speed.”

According to the OPP, the vehicle failed to navigate the curve and struck the guardrail and overhead bridge abutments before becoming engulfed in flames.

An investigation into the cause of the crash is ongoing.