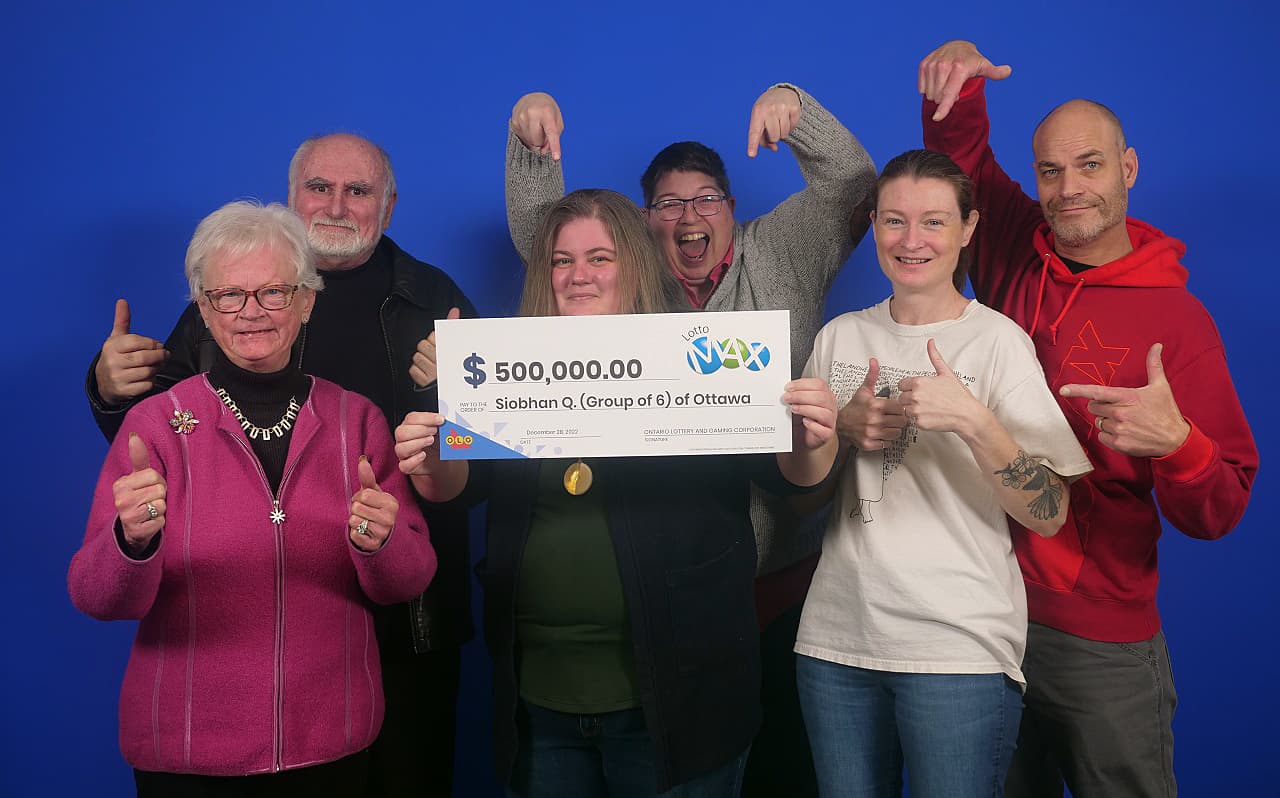 Six members of the same family, including two people from Mississauga, each put their best numbers forward in a recent Lotto Max lottery draw and the result was a $500,000 win.

Barbara Quinlan and David Quinlan, both of Mississauga, Siobhan Quinlan and Shannon Steele, both of Ottawa, and Andrea Merrick and David Merrick, both of Toronto, combined to choose numbers on a winning Maxmillions ticket in the Oct. 7, 2022 draw.

Group members told OLG officials that they play the lottery together when the jackpot is large and individually all the time. Steele picked up the ticket for the group after each member gave her a different number to play.

Siobhan Quinlan discovered the big win when she checked the ticket. She quickly spread the news to the rest of the group, saying everyone was very excited.

“I am so excited thinking of all the opportunities,” she said.

Another group member said they were “shell-shocked” when they got the phone call with news of the win.

Some group members say they plan to pay bills while others say they will put their portion of the winnings away for now.

The winning ticket was purchased at Essential Plus Mart, on Matthew St. in Marmora, east of Peterborough.