Two Mississauga Citizens Arrested for Robbery, Two Others Still on the Loose 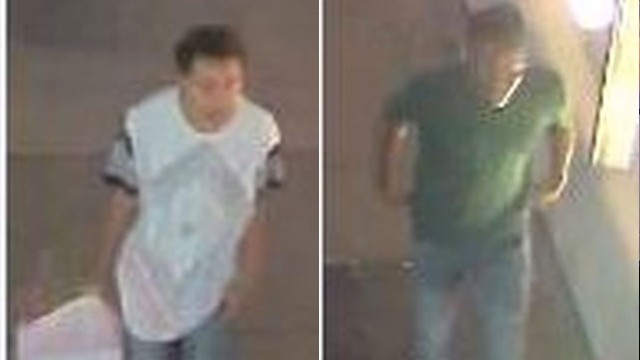 Two male citizens from Mississauga are facing charges after a string of robberies that occurred in the Eaton Centre area in Toronto.

Toronto police report that Darian Rodriquez, 20, and a 17-year-old (unnamed under the Youth Criminal Justice Act) are facing several robbery and firearm-related charges. Two other suspects related to the robberies are still on the run.

Between 3 a.m. and 8 a.m. on Saturday, police received six reports for separate robberies in Toronto, in which three men and a 17-year-old boy swarmed and robbed a number of people. In some cases, one of the men produced a handgun.

Police are still looking for the two other suspects (pictured above, captured by security camera) and are concerned that there may be other victims. Call 416-808-5200 if you have any information regarding these incidents.