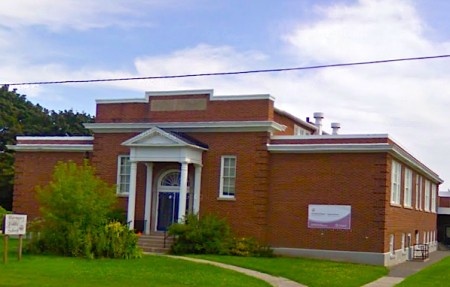 It is unclear if two men learned any lessons after breaking into an abandoned school in Oshawa and getting caught in the act by police.

Durham Police officers were called to Harmony Road Public School in the wee hours of Thursday morning for a break-and-enter in progress. They found the two men on the scene and made the arrests.

The school was built in 1923 – there has been a school on the site since 1871 – and has been closed since 2012. There have been calls to designate the building a heritage property, but it is currently designated as just ‘culturally significant.’

Darnel Lewis, 27 of No Fixed Address, and Michael Ostapowich, 47 of Grandview Street South in Oshawa, are both charged with: Break and Enter – Commit Business; Theft Under $5,000; Mischief; and Possession of Break and Enter Instruments. Both men were released on Undertakings.

If you have information regarding this investigation, please contact 1-888-579-1520.